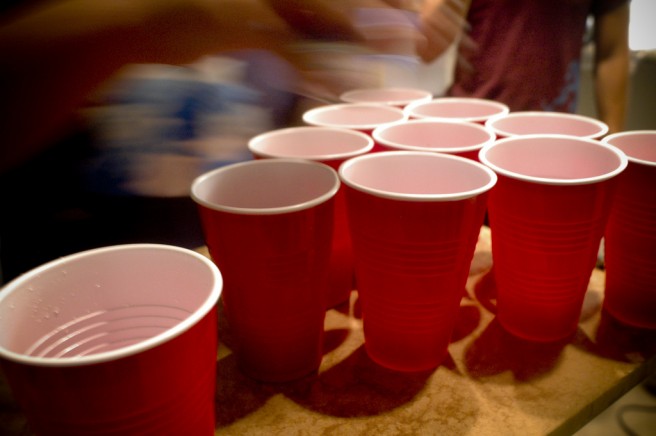 Last week, the UCLA chapter of Sigma Phi Epsilon made headlines hosting what they deemed a “Kanye Western” party in which partygoers showed up in black face wearing chunky gold chains and fake grills. When black student activists showed up to protest the party, they were mocked by party-goers and the validity of their concerns were questioned by the broader campus community.

100 miles to the South, the University of California San Diego chapter of AEPi was publicly reprimanded for creating an official chapter t-shirt that featured a scantily-clad woman serving bread emblazoned with the words “AEPi, Making Women Challah Since 1913”.

And that’s just what happened within the last week on two UC campuses.

These incidents are not confined to the University of California campuses, either. Earlier this year, the Sigma Nu chapter at Old Dominion was suspended after they held up signs with the words “Dads, we’ll take it from here” during freshman move in day. Months prior, an e-mail detailing instructions on how to “lure rapebait” was circulated within the Phi Kappa Tau fraternity at Georgia Tech.

I could go on, but compiling an exhaustive list of all of the shitty things fraternities have done across the country would be next to impossible. In fact, these incidents are so pervasive that it’s easy to conjure up the image of the stereotypical frat boy who drinks too much and feels entitled to pretty much everything. But rather than condemn the racism, misogyny, and classism central to this image, the corporate media portrays these incidents as harmless masculine bonding.

In the rare cases that these events transgress the already permissive bounds of acceptable behavior sanctioned for fraternity members, national chapters and media are sure to circle the wagons. Rather than indict the institution, the blame is placed squarely on the actions of a rogue chapter or the bad judgment of a few bad individuals.

But, contrary to the protests of national fraternity chapters, the frequency and severity of these incidents betray an institutionalized form of violence against women, queer folks, and people of color. This isn’t hyperbole. In fact, there have been multiple studies that show that fraternity membership makes someone three times more likely to rape. This disturbing statistic shows that fraternities provide the kind of male peer support that fosters violence against marginalized groups on campuses.

Some argue that fraternities offer students a place to serve their community while building brotherhood. This just isn’t true. Fraternities don’t exist to create a sense of community, they exist to exclude all but the most privileged.  Bylaws that require exorbitant fees work to create a largely homogeneous and entitled membership, while the explicit support of many major universities ensure fraternities continue to thrive. All the while, the toxic masculinity systemic to fraternities reinforces the message to marginalized folks that they aren’t welcome and their safety doesn’t matter.

So, seriously, why don’t we ban fraternities already?

Image by Thai Nguyen via flicker

3 Responses to “Let’s Talk About the Problem of Frats”