CW: sexual assault, rape, rape culture Author’s Note: Greek Life in this article refers to organizations who are a part of the National Interfraternity Conference (NIC) or the National Panhellenic Conference (NPC). Photos depicted in this article are chosen for illustrative purposes. This article is not targeted towards any specific organization or any organization that happens to be depicted.  Sexual assault is pervasive on college campuses across the country. Our educational institutions are frequent perpetrators of rape culture, “an environment in which rape is prevalent and in which sexual violence against women is normalized and excused….” According to data from RAINN, 26.4% of undergraduate women and 6.8% of undergraduate men reported experiencing rape or sexual assault. 13% of all students, both graduate and undergraduate, have experienced rape or sexual assault. … Read more »

A lot of times when people talk about gun violence and gun control in the United States, they think of the numbers. Statistics are thrown around more than personal stories, and when we do talk about people involved in shootings it’s usually about labeling the shooter by the different stereotypes we’ve formulated for mass shooters: the terrorist or the mentally ill person. We don’t talk about how mass shootings and loose gun laws affect the community. I did this numbers-over-people type of thinking about gun violence without realizing it, a lot. The past few months changed that for me however. Until I was 9, my family lived in Southern California. The San Bernardino Mountains are my childhood home. A long-time family friend even works as a probation officer for… Read more » 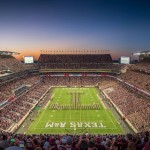 Last week, the UCLA chapter of Sigma Phi Epsilon made headlines hosting what they deemed a “Kanye Western” party in which partygoers showed up in black face wearing chunky gold chains and fake grills. When black student activists showed up to protest the party, they were mocked by party-goers and the validity of their concerns were questioned by the broader campus community. 100 miles to the South, the University of California San Diego chapter of AEPi was publicly reprimanded for creating an official chapter t-shirt that featured a scantily-clad woman serving bread emblazoned with the words “AEPi, Making Women Challah Since 1913”. And that’s just what happened within the last week on two UC campuses. These incidents are not confined to the University of California campuses, either. Earlier this year, the… Read more »