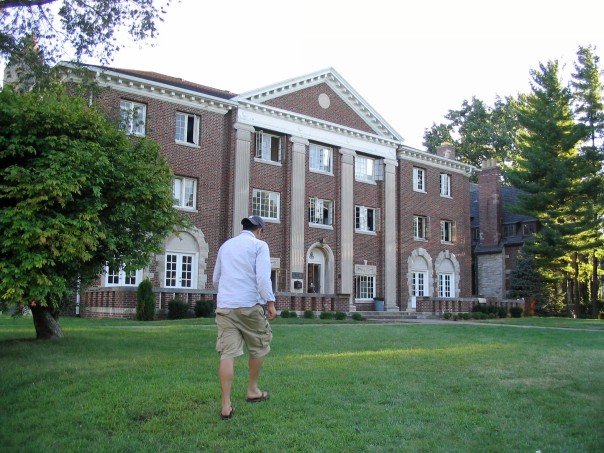 An example of Greek life from a campus in Illinois

Despite these risks, schools continue to fail to protect victims or punish perpetrators. Colleges and universities are required to investigate and adjudicate allegations of sexual assault, but the methods used by schools varies greatly. In most cases, schools convene a tribunal of professors and students who typically have limited to no training on mediation or conflict resolution. Schools are influenced by the Association for Student Conduct Administration’s guidelines on how to handle sexual assault cases; these guidelines include the hearings be educational rather than punitive, that the term “sexual assault” should be used instead of “rape,” and that the proceedings should not mirror the criminal process. As a result, few offenders are held responsible for their actions, and only a third of offenders found guilty of sexual assault were expelled from the school. Schools by and large are failing survivors.

School administrations are not the only source of rape culture on college campuses. Greek life, specifically fraternities, is at the center of many rape and sexual assault allegations. Sorority members are 74% more likely to experience rape than female students not in a sorority. Studies suggest that fraternity members are three times more likely to commit rape than their  non-fraternity male counterparts. As a result, fraternities spend a portion of their dues on insurance policies for injuries that take place at the chapter house. After assault and battery, sexual assault is the second most common insurance claim made against fraternities; a 2010 analysis found that sexual assault claims make up 15% of the insurance claims filed against fraternities.

Fraternities have maintained impunity due to their authority, finances, and influences both on college campuses and after graduation. Fraternities wield immense power on college campuses as the home to predominantly white, upper and middle class, heterosexual men. This is especially true when the majority of the student body is involved with Greek life; at the University of North Carolina – Greensboro, for example, 85% of male students are a part of a fraternity. Fraternity chapter houses – whose collective property cost across the country total $3 billion – save colleges millions in housing construction costs. Students who are members of Greek life are more likely to graduate college, volunteer, participate in student government, and express an interest in graduate school. These statistics improve the school’s data and academic reputation, inspiring school administrations to grant significant leeway to Greek life and its students.

Many people may – and do – look at these statistics and call for reform. In some cases, Greek life has indeed made strides: more and more organizations are including transgender students, and organizations are taking steps to remove overtly racist members and reconcile their history. These efforts fall  short, however, from creating safe and inclusive spaces for college students. It is difficult, if not impossible, to truly divorce the existence of these organizations from their problematic histories. Policies may be changed, but little can be done to force the cultural change necessary to make Greek life compatible with the educational and social goals of higher education.

Advocates for Greek life often respond with the idea that abolishing formal Greek life would only result in the creation of underground social organizations that face even less scrutiny and oversight. This idea assumes that our educational institutions will continue to allow the systems that reinforced Greek life and its problems. If colleges and universities became universally stricter about enforcing hazing and sexual assault policies, students, even students in secret societies, would be forced to comply at a greater rate than they do currently. Every other role played by Greek life can easily be played by organizations that do not have the same baggage and perception. Anyone or any organization can volunteer or fundraise, GroupMe has made studying together and student collaboration easier than ever, and there are better avenues for making friends.

Like many modern institutions, Greek life on college campuses is steeped in bigotry and inequality. Too many fraternities perpetuate misogynistic beliefs and harbor both known and hidden sexual assaulters. It is time for colleges and universities to draw a line in the sand: Higher education must prioritize the safety and wellbeing of its students over social fraternization. As long as there are fraternities on campus, colleges and universities are failing to protect its student body. Greek life can and must be abolished.