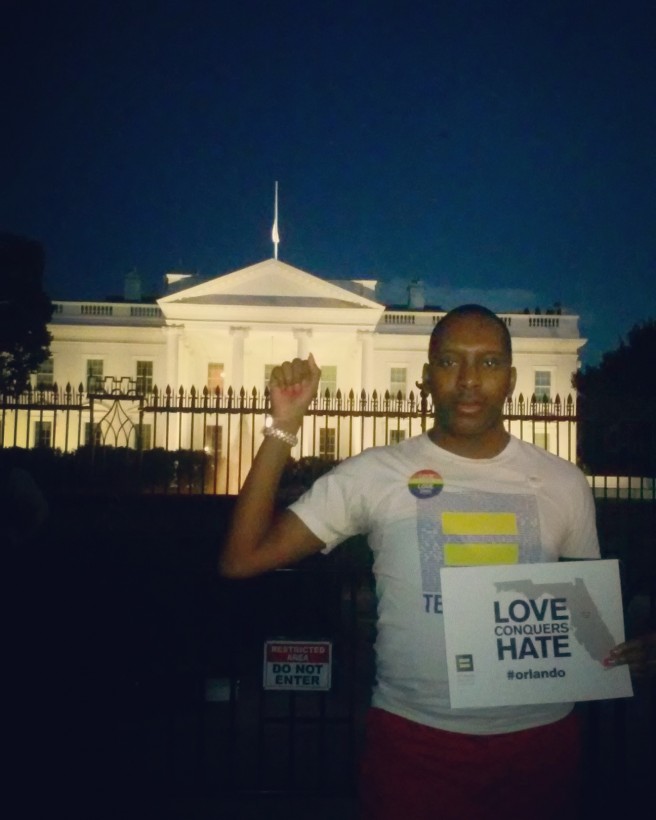 Imagine that being who you are, is the reason you are homeless. Living your truth out loud is your crime and the consequence leaves you abandoned from family and shelter.

Well, that sad reality is exactly the case for 40 percent of LGBTQ youth in America. Too often, when LGBTQ youth disclose and announce their sexuality or gender identity to their family members, the next step is being kicked out and becoming homeless. Although the majority of LGBTQ homelessness is tied to family reactions and issues, not all LGBTQ youth become homeless that way; over 20 percent comes from aging out of foster care programs. Not only is this an issue of family abandonment or negligent foster care systems, but LGBTQ homelessness is an attack on human rights and justice. Every individual deserves to have proper housing, clean water, and food to survive their daily lives. So why should it be any different for openly LGBTQ folks?

There has been groundbreaking progress in the LGBTQ rights movement, but it’s clear to see that, after the tragic Orlando nightclub shooting that killed 49 and injured over 30 LGBTQ individuals and the zealous anti-LGBTQ rhetoric used worldwide, we still have more mountains to climb and a longer journey to travel for true  liberation.

Research  also shows that, each year, approximately 5,000 homeless youth die from assault, illness, or suicide while trying to survive. Another alarming fact is that many LGBTQ homeless youth are involved in “Survival Sex”- having sex in exchange for survival necessities like temporary housing, food, and water- that can lead to abuse and the spread of STIs.

Fortunately, there are thousands of people and great organizations around the country helping LGBTQ homeless youth, bringing awareness to the nation, and advocating for bureaucratic improvements, housing assistance, employment programs. Recently, in Washington DC, a forum on LGBTQ youth homelessness was hosted by Street Sense, an organization dedicated to providing housing, creating events around the issue, and locating other resources for LGBTQ homeless youth. The forum, “Out the Closet, Out the Home,” had a diverse panel of speakers including: Darrell Gaston, housing specialist in the DC Mayor office of LGBTQ Affairs; Laura Durso of the LGBTQ Research and Communications  Project at the Center for American Progress; June Crenshaw, Chair of the Board of Rainbow Response Coalition and the board of Governors of the Human Right Campaign; Jhane Fletcher from Supporting and Mentoring Youth Advocates and Leaders. The powerful panel spoke eloquently on the issue and expressed the need for volunteers to advocate and educate in partnership with various LGBTQ organizations. They also urged everyone to open their homes to any LGBTQ youth they know who are having housing issues.

Meghan Maury,the Senior Policy Counsel, Criminal and Economic Justice Project Director at the National LGBTQ Task Force, spoke at the forum as well, detailing how important the issue of LGBTQ youth homelessness is to the Task Force. Maury summarized a report written almost a decade ago, that introduced the issue to the greater public while informing the discussion on solutions.  “This year, we worked with the True Colors Fund to organize a group of advocates, activists, and directly impacted young people to create a new digital resource to educate people about how young people are experiencing homelessness today. At the same time, we’re looking at the issue from a systemic perspective,” said Maury.

The Task Force has recently partnered with the Georgetown University Law Center to create a strategic plan for reintegrating young people coming out of the juvenile prison system, serving a population that has historically fallen through the cracks. They’ve also engaged the Department of Housing and Urban Development to increase protections for transgender and gender non-conforming people who seek out shelters.“This type of advocacy is critical to changing the lived experience of young people who are experiencing homelessness,” said Maury. It’s great to see people and organizations that place LGBTQ youth homelessness on the forefront of their issues. Their work  will ultimately impact the world for the billions that live in it. It’s not just the right thing to do, but it’s a human rights issue. Everyone should have the right to have access to adequate food, water, and proper housing, regardless of sexuality or gender identity. Please go support and volunteer at your local shelters and LGBTQ organizations. Our efforts can improve the nation and our humanity.

James Tate is the Summer 2016 Field and Training Intern. James is a recent graduate of Alabama State University.