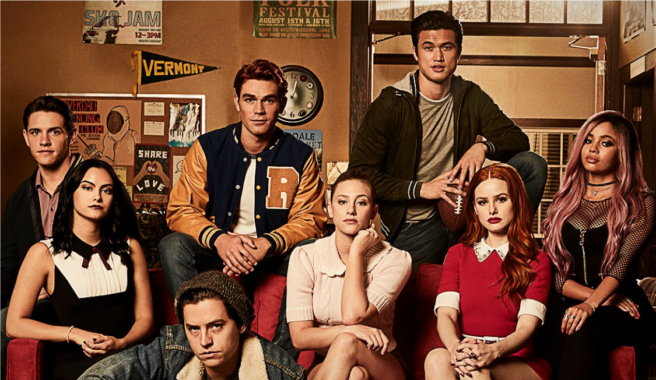 Being a part of gen z is kind of crazy. We still got to experience the remnants of the great era that was the 90s while simultaneously witnessing all of the advancements of technology. We experienced some of the first touch screen phones, the rise of social media, and the continuation of trashy teen sitcoms. The world went from landlines and physical dictionaries to having infinite knowledge at our fingertips. It would be easy to sit here and talk about how all of these technological advancements have improved the lives of young people everywhere. However, the topic of how detrimental this rise in technology has been is often shied away from–until now.

As most of us know, the internet has been an amazing tool for young people. We can now connect with friends and loved ones on a much larger scale than before and learning is much more interesting. With this infinite amount of knowledge at our fingertips, young people are also being exposed to things that they maybe shouldn’t be at much younger ages and much higher rates. The way that sex is portrayed in the media is harmful to young people, it promotes body image issues and creates a discrepancy between “sex havers” and “non-sex havers.”

In the media, sex is often portrayed unrealistically. Most teens are not having sex on football fields or going to ragers and having sex on ecstasy as a sophomore, in fact, this portrayal of what high schoolers are doing in their free time is harmful. It gives high schoolers this idea that if they are not living up to these standards then they are not having a true high school experience. When in reality that is not the experience of most young people at all. Most young people, like myself, were spending ridiculous amounts of time at coffee shops and constantly comparing themselves to fully developed adults portraying 16 years olds with perfect bodies, perfect GPA’s and hyperactive social lives.

Internet culture has made it impossible to go online and not constantly compare yourself to unrealistic standards.

With the rise of social media, it has become increasingly more difficult for teens to become comfortable with themselves, they are constantly having to separate what is real and what is fake. Not only that, young people are constantly trying to stay relevant and keep up with trends, and because of this, large groups of young people are seeing how effective sexual promiscuity attracts clout in the media. This is creating a divide in those who are “having sex” and those who are not. The internet is essentially hyper-sexualizing young people and making them feel that being aggressively sexually active and sexually experienced at 15 is normal when in many cases it’s not.

In no way am I saying that teens are not having sex, because that is simply not true. However, it’s important that teens understand how we portray sex in the media is oftentimes not accurate nor healthy.

The history of teen dramas plays a large role in the way that young people are introduced to sex.  Within the last decade, dozens of shows targeted towards teens and young adults have been released with plots typically revolving around hook-up culture. Networks like the CW promoting 24-year-olds engaging in acts that 24-year-olds do but as high schoolers is extremely problematic. I have never met a high schooler that looked like KJ Appa or Madeline Petch.

It’s unrealistic to assume that teenagers are not consuming this media and internalizing that they should have fully developed adult bodies or the social skills to actually deal with situations that even an adult would struggle through.

Sex is a part of everyone’s lives, we can not and should not assume that teenagers are not having sex. Refusing to show sex on TV is not the solution either, I think it’s super important that teens see sex in media, however, it needs to be healthy and realistic. Arguable I cannot think of a show that has done this well, however, there are multiple episodes of Degrassi: Next Generation, that touch on the topics of consent, safe sex, and being emotionally ready to have sex. I don’t think Degrassi: Next Generation is the pinnacle of sexual representation but I do think it’s a start.

Recent shows like Sex Education have been really helpful by showing different bodies, sexualities, and perceptions of sex, however, that does not undo decades of propaganda and over-saturation of harmful sex practices and stigmas. It is apparent in our current culture that young people, especially feminine presenting people, are hypersexualized as often as possible. We see this in all corners of the internet, from Bhad Bhabbie making a million dollars on her Only Fans a day after her 18th birthday, or Billie Eilish having to hide her body to avoid being overly sexualized until she turned 18. These instances are not just instances, it’s the fact that our culture encourages this kind of discourse that is harmful.

Sex is so deeply ingrained in our society that there is no way that you can deny its effects on teenagers. It’s important that we critic the media we consume and actually identify whether it is harmful, to ensure that we are not aiding in the continuation of detrimental stereotypes within media.