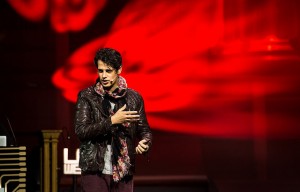 It’s been about a week since Milo Yiannopoulos has been ousted from the conservative community. An openly gay man known for his blatant racism, and transphobia, Milo served as a bridge between the GamerGate crowd, and white gay people who refused to be held accountable for their oppressive ways. Milo’s rhetoric has been responsible for protests on almost every campus he has attended, along with violence towards college students, and those with marginalized identities. Milo firmly holds the belief that being gay is wrong and that political correctness is ruining the country.  However, it wasn’t Milo’s self determination to be the Worst Human Being In The World that got him dumped on the doorstep of the club he so desperately wanted to be a part of. It was his comments on relationships between older men and younger boys, or what most people refer to as, pedophilia. Milo’s comments cost him a lucrative book deal and speaking opportunities. His career, that seemed so bright a few months ago, crashed in the span of a week.

Milo’s ousting from the conservative community then lead us down a rabbit hole of discourse. First, it was conservatives bashing Milo, finally acknowledging his inflammatory statements that, in the past have literally brought harm to others multiple times. Then, it was white liberals bashing Milo,  even though they had previously been silent on his other egregious mishaps. There were also the white queers who felt? The need? To defend? Milo? Because they thought that shunning him was part of an overall narrative about queer-bashing.

Many people say that Milo’s comments were taken out of context, and that they spoke on behalf of a larger section of the queer community. In this “community,” younger people date older people. It’s a thing, it happens. It doesn’t necessarily mean the older person is predatory. However, this queer femme says ew, stop that! I am totally okay with relationships with large age gaps between adults, however, I feel as though it is personally my duty to clear my queer name and say that this is not the time to be having a discourse on generational-variant relationships.

Right now, we need to evaluate how little we value trans people’s lives and the lives of people of color; we need to think about how Milo even got this far. People who are going into a discourse over queer identity are wasting time.

Not only that, but this discussion over who is deemed “mature” and who is thought of as an “adult” frequently leaves out race as a factor in these definitions. All I can think of are all the little black girls being called “fast” and “grown,” giving people license to take advantage of them sexually and to sexualize them from a young age. I also think of Tamir Rice and other Black children who law enforcement say they see as adults, even when they’re still children. Studies show that people statistically view black boys as older. In my community, children are already seen as adults by white people day in and day out. Because of this, people then use this as an excuse to harm them and rob them of their childhood. I mean, if you’re going to have this conversation, at least do it justice. Idealistic anecdotal (because that’s all they ever tend to be)  conversations about dating someone extremely older than you and you learning and growing as a person is cute, however, are we going to acknowledge that this does not represent the entire queer community?

Anyway, like I said before, Milo has been awful. People who have been previously silent about him and his clan, are now taking the time to argue that if you agree with him having a sucky life now, you are giving into white privilege. By distracting ourselves with discussions over everything BUT the fact that he was allowed to thrive for so long on hate, we avoid accountability. We once again become caught up in theory, and forget about the humanity. We ignore the ACTUAL lives that Milo harmed and continue to have theoretical conversations with inaccessible language. If we want to find someone who talks about the queer community’s diverse relationships, and gives an accurate representation, why choose him?

My black queer behind is glad that dork is gone, and if this is what it took? Then fine. Miss me with any discussions about “holding space” for him.