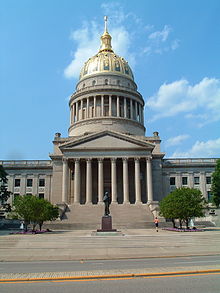 Last week, the West Virginia state senate passed legislation for a bill that would prevent physicians from performing an abortion for unemancipated minors unless they have prior parental consent 48 before the procedure.

The bill, HB 2002, is yet another example of anti-choice legislation. With a large population of West Virginians considering themselves anti-choice, the law suggests that most parents would opt for their minor not to have an abortion. The bill also represents a continuous push to pull bodily autonomy from minors under the guise of “best interest.” Which is illustrated by the bill’s name, “The Parents Right to Know Act.”

While the argument for HB 2002 is that minors lack the maturity to make the decision to have an abortion, clearly the real argument is “only children would seek to terminate a pregnancy.” This rhetoric is harmful and contributes to the stripping of bodily autonomy from minors.

It should be more than appalling to the reproductive justice movement that minors, who have varying experiences and opinions, are being ignored when it comes to making decisions about their bodies. When lawmakers tell minors that their bodies are their families property as well as the state’s property it creates a mistrust in authority. Parents and legislators are suppose to support the interests of minors however, laws like HB 2002 could do much more harm than good.

Minors with less supportive or absentee guardians in West Virginia, if this law is passed, will now have to rely on these people to make a crucial decision in their lives. Just as there is a lack of support for families that force their children to have abortions there should be a lack of support for those that deny their children abortion which is their human right.

Rather than continuing to create laws that allow people the ability to deny abortion to those seeking them, more states, including West Virginia should be concerned with creating legislation that protects the rights of those seeking abortions.