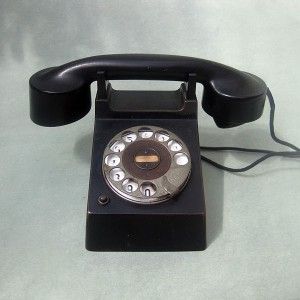 Have you ever gone on a road trip that involved northern Florida and southern Georgia? If you haven’t, don’t worry—you’re not missing much. The only interesting thing to look at is the abundance of billboards. They either advertise massage parlors catering to truckers, Jesus and when he’s coming back, or phone numbers to call if you’re pregnant and scared and considering that dreaded word: abortion.

Even if you haven’t been on this particular (excruciatingly long) stretch of road, I’m sure you’ve seen similar signs, whether just posted alongside the road or on full-size billboards. The message is usually the same: Pregnant? Scared? Call this number! Sometimes the image depicts somebody with their head in their hands. Sometimes it’s an infant.

I decided to give a few ‘pregnancy crisis hotline’ numbers a call to see if they were actually helpful.

I gave each one the same story. Most of it was true: I am twenty years old. I am a full-time student. I have two jobs. My life is very hectic, very full, and very busy. The only fib was that I’m pregnant—I told them that I took three pregnancy tests and they were all positive. Even the part about the abortion would have been true, had I actually been pregnant: I am at a point in my life where having a child or even carrying a pregnancy to term and giving it up for adoption is just not feasible, and abortion would be my choice.

The first number I called was Option Line (1-800-712-HELP). I explained my ‘situation’ and the woman on the other end asked if I knew what I was going to do. I told her I was planning on getting an abortion and that I just needed someone to talk to. Her immediate response was, “Okay, so you’re undecided.”

This struck me as problematic because, based on what I told her, I had decided. Calling me undecided felt very dismissive of my feelings. She gave me a number to call to “discuss options such as adoption,” and that was that. The phone call lasted three minutes.

Next on my list was the Crisis Pregnancy Help Line (1-800-672-2296). I told her the story and she was very to-the-point, which I appreciated. She told me, “You have three options: parent the child, carry the pregnancy and then give it up for adoption, or termination.” It may not have been a warm and fuzzy conversation, but she was doing her job and not imposing her own thoughts on me.

She gave me a number to call for a clinic in my area. Unfortunately, when I looked them up, I found reviews about false information on the fliers and that there is a very heavily religious atmosphere at the clinic, which some might find off-putting. I’m giving her the benefit of the doubt, though, and assuming that was just the clinic recommended to her based on my zip code, because she did come across as very respectful of my choice.

The last number I called was the National Life Center (1-800-848-LOVE). As I expected, this was the most difficult conversation. The person who answered asked me three times why I needed advice, despite how clear I was. My belief is that he wanted me to flat-out say it, which I ended up having to: “I think abortion is my only option.” It was like a switch flipped as soon as I said that word. He gave me multiple phone numbers to call about ‘other options,’ and directed me to realalternatives.org, then to the section of their website titled ‘Being Forced to Abort.’ Out of all of the numbers I called, this was by far the most biased and judgmental.

I didn’t get the chance to call the Feminist Women’s Health Center in Atlanta (404-728-7900), but from what I have heard, they are the most helpful if you find yourself in the situation where you genuinely need advice on what to do about your pregnancy. As for the others, I definitely only recommend calling if you don’t mind feeling a little judged. The best advice I can give that I learned from this experience is to research who you are calling ahead of time so you know what to expect.