My Premature Birth and Pro-Choice Activism Are Not at Odds 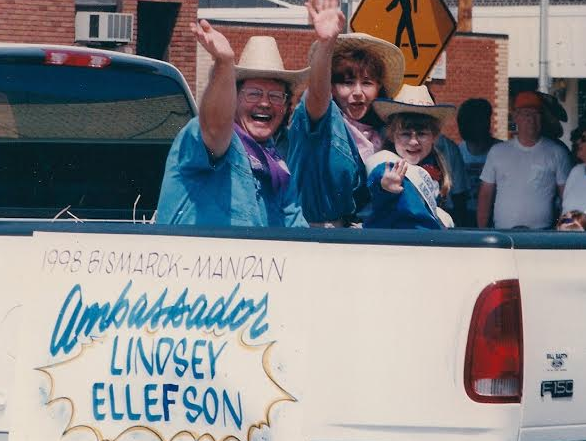 In my final semester of college, I had to make a film. With my degree in sight and 16 years of academic struggle and achievement behind me, I decided to make it about the people who made it all possible: my parents.

I told the story of my parents’ decade-long struggle to have a child to the heads of the television and film department at my school, won a grant, and was on a flight home to surprise my parents in no time, camera in hand. After a few weeks’ work, I had this:

I posted my little film online frequently, wanting my parents’ story to be seen, wanting to honor them, wanting to thank them. I imagine that pausing my usual stream of statuses and links about reproductive justice to post about the joy of a birth was a little unexpected, but my parents deserve recognition.

A few weeks after the big debut of the little doc, I was back to posting pro-choice articles to encourage discourse among my mostly conservative friends back home in North Dakota. When I checked my phone, I saw one post had some great discussion. I put my phone down. When I looked again, I saw this comment:

“Lindsey, do you think all the babies your mom miscarried meant less to her because they were ‘just fetuses’?”

Have you ever been so angry that you lost the ability to see? The hyper-conservative Catholic stay-at-home mom who sent out that smug question is lucky I was momentarily incapacitated by rage. By the time I regained my ability to see and think straight, some of my friends had already jumped in, telling her how deplorable it was to co-opt my parents’ story and twist it to fit her agenda and that she had clearly not taken any meaning from my film.

Though she’s now “unfriended” me, she’s not alone in thinking it’s a conflict of interest for me to be such a hardcore pro-choice activist when I was once the state ambassador child for the March of Dimes, a position I was given because of the two months I spent in an incubator as a trial recipient of a drug that was funded by the non-profit and ultimately saved my life.

I’m here to tell you that there is no conflict of interest.

I grew up knowing how desperately I was wanted. There was never a day that went by that I didn’t feel that. I looked around my room and saw the presents from strangers, dozens of photos of myself, and the small statues meant to represent me and my sister, who had been born early like me, but who had died an hour after her birth. Her brief life provided the doctors with enough insight into what was wrong with my mother’s reproductive system to come up with the plan that eventually ushered me safely into the world. My parents made sure I knew that, too.

It never occurred to me that there were families unlike mine, babies who weren’t meticulously planned and furiously wanted. Not until middle school, when a friend told me, stricken, how matter-of-factly her parents had revealed she was “an accident” over dinner, did I realize that there could be kids out there who didn’t grow up with the feeling that they were the most wanted and adored child in the world.

I’m not the only one who feels this way. Margaret Sanger believed she had a “duty to place motherhood on a higher level than enslavement and accident.” It’s been decades since Sanger spoke these words, but the issue persists. Shirts bearing variations on the slogan, “Every baby wanted, every mother willing” are selling on Redbubble and the phrase regularly pops up on mugs or cross-stitches on Pinterest.

Plenty of anti-choice organizations are eager to denounce this mantra, insisting that all children are miracles and all children that come into the world should and must be wanted somehow. Make no mistake: I am not saying that babies resulting from unplanned pregnancies are unloved. I am not saying every pregnancy that is not planned down to the moment of ovulation should be aborted.

No, what I am saying, simply, is that my personal experiences as a very, very wanted child have strengthened my pro-choice convictions.

As my mother, through her perseverance and never-ending love for me, has shown, motherhood is something to be placed on a higher level than enslavement and accident. To leave room for any doubt of that is not only a disservice to all children, but a disservice to all mothers.

In a world with no abortion stigma and with unfettered access to all forms of reproductive health care and family planning, the choice to become a parent would have all that much more gravitas. In that world, all mothers would be given the respect and elevated status they deserve.

I feel fortunate to be alive. I credit my parents, their doctors, the March of Dimes, and my older sister for my life. I’m grateful I was wanted. I’m glad to be alive so that I can continue advocating for the rights of women, children, and families. There is no conflict of interest in that.

Written by Lindsey Ellefson, an activist and reporter living in New York. You can see her other work here and follow her on Twitterhere