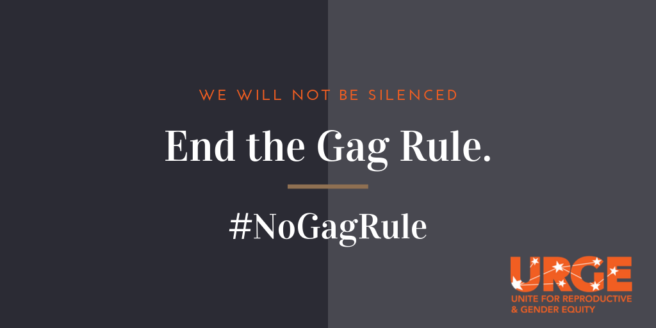 Last week, Senator Sherrod Brown expressed concern over access to reproductive healthcare in Ohio. He estimated that nearly 100,000 Ohio women are in danger of losing their healthcare as Planned Parenthood was forced out of the Title X Family Planning program and lost federal funding.

For residents in Cincinnati and Hamilton County, Ohio, losing access to healthcare has just become a real problem.

This week, two Planned Parenthood clinics serving nearly 6,000 patients in Cincinnati, Ohio are forced to close their doors after providing services like birth control, breast and cervical cancer screenings, and STI testing and treatment for almost nine decades. This is devastating news to patients who relied on these two clinics for their reproductive healthcare, as there is no infrastructure to immediately absorb them at other health centers. The closures will also have a ripple effect on the larger community. Only five Planned Parenthood clinics will be left open and operational in the greater Cincinnati area whose population exceeds two million.

Residents in Cincinnati and Hamilton County can’t afford to lose access to affordable and quality reproductive healthcare services. According to data from the Ohio Department of Health, Hamilton County is one of three counties with the highest rates of chlamydia, gonorrhea, and syphilis in the state. Cincinnati has the highest rates of chlamydia and gonorrhea infection of any city in the state. Hamilton County has more than 54,180 patients in need of publicly-funded contraceptive services.

The clinic closures come three weeks after Planned Parenthood was forced to withdraw from Title X Family Planning Program, the only federal grant program dedicated solely to providing individuals with comprehensive family planning and related preventive health services. Earlier this year, the Trump administration issued new rules on the Title X program, essentially blocking clinics that perform or even refer patients for abortion services from receiving Title X funding. In other words, medical professionals will have to pretend that abortion services are not legal medical options for their patients for their clinics to continue receiving Title X funding under the new rules. This is why these rules are sometimes referred to as “Title X gag rule”- doctors are forbidden from giving people full information about all of their sexual and reproductive healthcare options. Planned Parenthood lost $60 million in Title X funding nationally, and daily operations at local Planned Parenthood clinics are being affected as the impact of funding loss trickles down.

By implementing changes to federal health programs to entertain conservative ideals, this administration is putting healthcare at risk for 4 million patients who rely on Title X funds to access family planning services. Low-income, uninsured young women make up most of this patient population. In 2017, nearly 4,000 clinics nationwide relied on Title X funding to keep their doors open. Title X funding covered about one-fifth of the direct service costs and operating costs for these clinics to provide family planning services.

Planned Parenthood clinics got more Title X funding than any single group, and they serve 40 percent of Title X patients. By instituting the Title X gag rule, this administration vastly reduces the number of available free or low-cost family planning services–stripping away a vulnerable population’s access to birth control, cancer screenings and other essential care.

Although losing funding might have been the last straw, it is unmistakably clear that the two clinics are closing due to years of relentless state and federal attacks on reproductive healthcare from anti-abortion politicians.

Former Governor John Kasich enacted more than a dozen bills restricting reproductive healthcare during his tenure. Representative Steve Chabot and Senator Rob Portman have been working to chip away at access to reproductive healthcare. Governor Mike Dewine has supported defunding Planned Parenthood from state grants and signed a bill that would ban abortions at as early as six weeks of pregnancy, one of the most extreme reproductive healthcare bans in the country. Since 2011, Ohio’s G.O.P. controlled legislature has passed 22 restrictions on reproductive healthcare funding and abortion access. Ohio has lost half of its abortion clinics in the past decade. This is only a snapshot of the lengths that anti-abortion politicians are willing to go to push through their extreme agenda. Sadly, local communities, especially marginalized communities, are suffering because of it.

Many of the patients that accessed these clinics are low-income, uninsured, young, queer and trans folks. I know some of them personally. They will be the ones unable to find comparable healthcare services following the clinic closures. Left with few options and limited by income level and insurance status, they will be the victims in this war on reproductive healthcare.

Reproductive health is a public health issue with wide-ranging social and economic impacts. An overwhelming majority of Americans recognize this fact, saying that it is important to them that the federal government funds reproductive health services. Local communities continue to show up and demand access to affordable, quality reproductive healthcare. On the evening of September 12th, approximately 350 resilient reproductive rights supporters, along with Planned Parenthood staff and patients, held a rally at the Western Hills health center, one of the two clinics that will close later this month. Communities in Columbus and Cleveland also came together in solidarity on September 14th, demanding that Senator Portman vote for an appropriation bill to protect Title X funding.

Taking healthcare away from marginalized folks isn’t a justifiable position for any ethical leader who cares about the dignity of the people they serve. This war on reproductive healthcare must end. 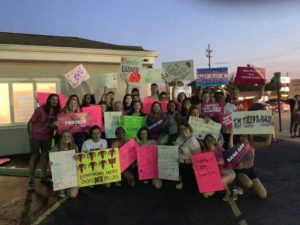