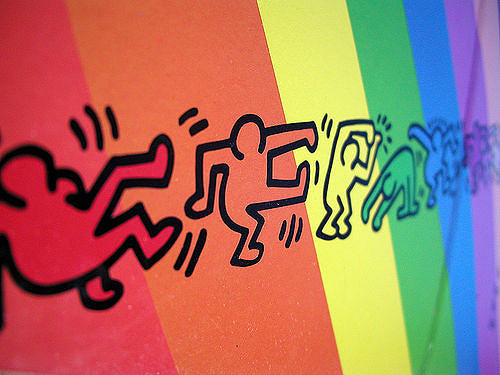 The recent passing of National Coming Out Day on October 11 marks the 28th anniversary of the National March on Washington for Lesbian and Gay Rights. As stated by the Human Rights Campaign, the significance of the day lays in recognizing “…one of our most basic tools [as] the power of coming out” (HRC). With “one out of every two Americans [knowing] someone close to them who is gay or lesbian” and one in ten for transgender people, the perks of coming out are that it grants queer communities visibility, increases the number of average Americans who can begin familiarizing themselves with queer people, closes gaps of estrangement and, ideally, creates new advocates of equality.

Coming out for me, however, has always presented a complex tension, proving less celebratory than it is sometimes portrayed. On one hand, while I do acknowledge the power of personal narratives, I think coming out, whether intentionally or not can actually demonize queerness rather than normalize it. Coming out can unfairly place the onus of others wrongful assumptions about sexual and gender identity onto the queer person rather than the assuming party. As a result, I reject the common notion of ‘coming out,’ often framed as an intensely emotional, one-time confession in lieu of ‘letting in’.

Letting my queer flag fly, as I prefer to frame it, consisted of my mother and I debating over the conflicts between religion and queer identity in the family and its impacts on queer children. After a brief 5-minute discussion, my mother simply turned to me and said “I know you’re gay” and began singing Diana Ross’s “I’m Coming Out” while I buried my face in pillows. The process of ‘coming out’ for me has never fit the traditional confessional format, primarily because confessions imply guilt about something criminal, and guilt and criminality are not things that I want to associate with my queerness. If people are unaware of my queer identity, I usually prefer to casually reference it in conversation, allowing avoidance of overly expository conversations that wrongfully characterize my queerness as a matter of intense distress. While being queer is a significant part of my identity, coming out is not, so ultimately, I don’t consider it particularly meaningful or transformative.

Aside from dominant narratives about coming out that can implicate queerness as criminal or deviant, I reject the practice of ‘coming out’ because it burdens queer people with silencing the assumptions made by others in their lives. While some queer people may not take issue with inverting assumptions, I have always felt that by virtue of being queer, I am burdened with the responsibility of untelling people things about my identity. I am made to reconcile perceptions of my relationships, future, and family with my actual reality, often while reassuring others that their plans for my life can be accommodated too, even if my queerness is inconvenient. Little of the conversation actually allows me to talk about the role of my queerness in my understanding of personhood, or the degree to which it is important to me, but rather focuses on my process of deviating from heterosexuality. 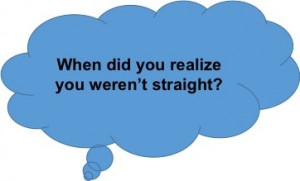 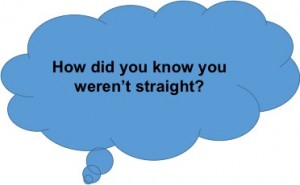 This effectively re-centers heterosexuality in the conversation, becoming the focal point rather than queerness. Heterosexuality, once again becomes inescapable, regardless of attempts to undermine its existence in our lives. Essentially, in addition to sharing one’s actual self, there is the additional burden of simultaneously deflating assumptions. Not only can this be emotionally and mentally draining, but it can make a process/experience that is meant to affirm easily become a process/experience that further marginalizes.

Many of my concerns with ‘coming out’ are alleviated by ‘letting in,’ as in letting other folks into our lives. As characterized by Robert Espinoza in “‘Coming Out’ or ‘Letting in’? Recasting the LGBT Narrative”, they describe “letting in” as allowing individuals “…agency over what to disclose, to whom and when – in gradations without assuming a fixed identity or that a private life conflict with public persona.” Rather than a confession, which characterizes the nature of coming out, letting in can be imagined as a communion. When the emphasis of communicating queer identity is not in the process of unveiling it, but in the sharing of stories in order to further understand identity, it re-characterizes ‘coming out’ as an exchange as opposed to a confession.

One Response to “No More Queer Confessions: “Coming Out” vs. “Letting In””