Free speech has been a heated and inconclusive source of debate in academia since the 1964 Free Speech Movement started at UC Berkeley. Since then, college campuses across the nation have been influential sites where the status and significance of the First Amendment has been negotiated. With the recognition that marginalized people are excised from political processes, public protest, organizing, and advocacy have been essential forms of resistance and community building, thus legitimizing the multiple global movements behind it. Adversely, free speech has historically been regarded by right-wing politicians such as Reagan and Nixon as a misuse of the Constitution to protect subversiveness — a symbol of judicial excess. This previous rejection of free speech has slowly begun to dissipate as neoconservatives have bastardized free speech and re-oriented it to silence marginalized… Read more »

I Don’t Identify, I Am

As a person who has spent the last few years desperately trying to divorce who I am from who I’ve been taught to be, the role of language in identity formation has become increasingly apparent. It was on a trip during my senior year that I was first prompted to think about the language I used to describe myself. A friend and I were leading a forum on sexuality and gender, and for the ice-breaker, we had folks share their name, pronouns and their gender and sexuality if they felt comfortable. As more people shared and we moved around the circle, a pattern quickly became visible. Every person who wasn’t cisgender or heterosexual qualified their chosen terms with “identify.” Meanwhile, cis hetero folks would just say “I am ______” and… Read more » 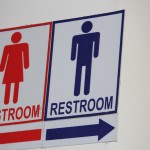 As of February 22, the Trump administration rolled back federal protections for transgender students implemented during the Obama-era. In May 2016, the department of Education and Justice issued joint guidance to let trans students access restrooms and other gender-segregated facilities in accordance with their gender identity. This meant not only that public schools could not require students to use facilities inconsistent with their identity, but that separate, individual-user facilities were also not appropriate accommodations. While not embedded into law, schools failing to abide by the Obama administration’s interpretation of the law risked lawsuit or loosing federal aid. This guidance was based on the Obama administration’s interpretation of Title IX – that federal law banning sex discrimination in schools also applied to gender identity. Trump decision to rescind of these protections effectively… Read more »

With a growing awareness of trans existence and experiences, feminist spaces are gradually making more explicit efforts to include trans people. Historically, considering the reduction of trans narratives to men in dresses co-opting women’s experiences or butch lesbians with internalized misogyny motivating trans identity, revision is needed to move towards true trans affirmation. This hostility has primarily been dispensed by trans-exclusionary radical feminists (TERFs) who position trans women as indistinguishable from men and thus part of the collective patriarchal oppressor. However, trans men have not been excluded with the same vehemence. While trans women are virtually disposable, trans men are clung to with the ludicrous belief that their stakes in womanhood are more legitimate than a woman’s simply by… Read more » 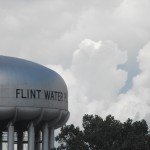 Racism is heavily misinterpreted. Aside from determined chants from neo-liberals that racism is soon to expire, there is also a tendency to eclipse the nuanced nature of racism to make it purely about intentional, violent acts motivated by malice. This reconfiguration is typically done by white folks who have a particular interest in monopolizing and defining racism. Beyond the obvious Social Justice 101 error of explaining over folks who actually negotiate with racism and white supremacy, it policies people of color’s invocation of racism and white supremacy to “appropriate” scenarios. What usually constitutes an experience that can rightfully be defined as racist is a base level of extremity and outlandishness – an experience so severe and vitriolic that it is undeniably racist, but even here is an undertone of paternalism…. Read more »

This year has really shown me the power of the white woman. In a matter of months, they have accomplished some very… interesting things: 1. 53% elected a white supremacist for president 2. cute, nifty DIY safety pins to “show solidarity” (thanks Pinterest!) 3. an endless supply of Tomi Lahren look alikes Unfortunately, in spite of all of this burgeoning creativity, they have been unable to part with their trans-exclusionary (TERF) ways. As demonstrated by the Women’s March, if you want white women to show up and show out, the issue must be malleable enough to make it about them. If it can’t be made about white women’s genitals (and believe me, they will try), they won’t care about it. Following Trump’s well-populated inauguration, thousands of people took to the… Read more » 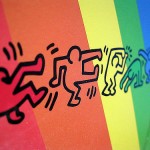 Shailene Woodley, also known as Shailene Would she be talking about this if it didn’t make her trend on Facebook? Was arrested last Monday for criminal trespassing at the Dakota Access Pipeline Protests. While the conflict over the pipeline has surfaced relatively recently, it has been opposed by the The Standing Rock Sioux Tribe along with 100 other tribes in the U.S and Canada since its initial proposal in 2014. The pipeline, intending to more cheaply accommodate the transport costs associated with moving crude oil from Illinois poses severe problems for the reservation’s 8,000 occupants, threatening public health and welfare, water supply and cultural resources. Less than a half mile from the reservation’s border, the pipeline threatens the reservation’s source of clean drinking water, provided mainly by the Cannon Ball… Read more »