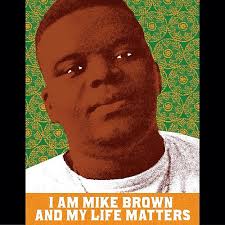 Two and a half years following the murder of unarmed eighteen-year-old Michael Brown in Ferguson, Missouri, “new” case details have surfaced. Three new potential pieces of evidence have emerged: that Wilson used the N-word, that Brown may not have attacked Wilson or reached for the gun, and most notably, that Brown didn’t rob the Ferguson Market. The dominant, public understanding of the case is one of a demonic, Hulk Hogan-esque Brown committing a strong-armed robbery and assaulting a police officer whom then purportedly shot and killed Brown to save his own life. In video footage released by documentarian Jason Pollock; however, he argues that the video challenges the police (and public) narrative by dispelling the myth of the corner store robbery.

The video, part of Pollock’s documentary “Stranger Fruit” shows Brown’s earlier visit to the Ferguson Market around 1am. According to Pollock, the video shows Brown trading a small bag of marijuana with the store clerk in exchange for two boxes of cigarillos. The footage, deemed irrelevant by police officers was suppressed while Brown’s return to the store at 11:50pm, showing him shoving the store clerk was made widely available. Pollock argues that this suppression of the first video highlights the intention behind circulating the second – to make Brown look bad. While the supposed robbery and shooting were two separate incidents, they are undoubtedly connected. Not only did law enforcement officials often cite the robbery as part of the justification for Wilson shooting Brown, but it was the primary means through which the media constructed Brown’s guilt, effectively slandering him.

Although I superficially appreciate Pollock’s attempt to expose the truth behind the case, it’s hard to see this “new evidence” as anything more than a renewal of tragedy in vain. Wilson will likely never face meaningful judgment, legally or otherwise for Brown’s murder – that’s cynicism to some, but an honest and pointed look at the American justice system. If no action can be expected come from this documentary, its sole purpose seems to be about character saving, about proving innocence for public approval and acceptance.

At the premiere of “Stranger Fruit,” which debuted at SXSW last Saturday, Pollock stated that he “hopes th[e] film is medicine for white people because they need to swallow some pills,” noting that “we have a serious problem with white supremacy in this country,” and “that’s what Mike Brown’s helping us to understand.” For Pollock, who said Brown was painted as a ‘thug’ when in fact he was a “rockstar,” he firmly believes that the film will show the public the truth. However, most of the uproar surrounding the film seems to be on this new information that recovers Brown’s character rather than unraveling what took place that day through the eyes of Brown’s family as listed in the film’s description. The underlying belief is that if the aggressive image of Brown is replaced with that of a college-bound kid, public perceptions of Brown will change and the Department of Justice may reopen the case. This is in-line with Pollock’s reformist beliefs about the Justice system generally. At the premiere of “Stranger Fruit,” Pollock shares a message he has with Donald Trump, that “if [he] thinks that the police are so important in this country, [he needs to] get rid of the bad ones! Get rid of the bad ones, and get rid of the bad systems.” Pollock seems to believe that good people usually get what they deserve if the right people enforce the laws, rather than recognizing that law itself and the vast majority of Americans, a portion of whom take up jobs in law-enforcement, are racist too.

The thing about oppression though is that it’s inherently irrational. No amount of footage or witness accounts can discount a decision that had no basis in truth and, reality to begin with. Factually and logically sound evidence can be issued all day to prove innocence, but the very concept of innocence is at odds with Blackness. Proving that Brown is innocent is useless; he wasn’t killed for his character, he was killed for being Black. That’s why the slogan that subsumes this array of cases is “Black Lives Matter” instead of “Black Lives are Innocent.” Innocence has never guaranteed noninterference – innocence shouldn’t be requisite for noninterference. Uncooperative, aggressive, or outright vicious, Black lives are worth more than the split-second decisions made to end them. We should not have to clamor for evidence that proves we are worthy of life.

In terms of changing the outcome of the case, it doesn’t matter how much information proves Wilson had bad character; from accusations of racial discrimination to excessive force. Similarly, it doesn’t matter what evidence is made available to bolster public perceptions of Brown’s character. We live in a white supremacist, anti-Black society where Black people deserve to die unless white people decide otherwise. We are guilty until proven otherwise. The belief that the public just needs all the facts to agree that an unarmed eighteen-year-old didn’t deserve to die is ludicrous and an admission of white supremacy. No one ever wants to show up for jury duty, yet suddenly everyone seems to want to sit on Brown’s case and become experts.

Michael Brown was wrongfully killed – that was my position when I first heard the news and it still holds even two years after. I take no issue with a documentary that explores Brown’s life; what he meant to his community and family, but I do take issue with the basis of the film being an appeal of respectability to a white audience. Black death isn’t a convenient course in the learning course of life and a documentary shouldn’t be necessary to expose a truth that has been apparent all along.