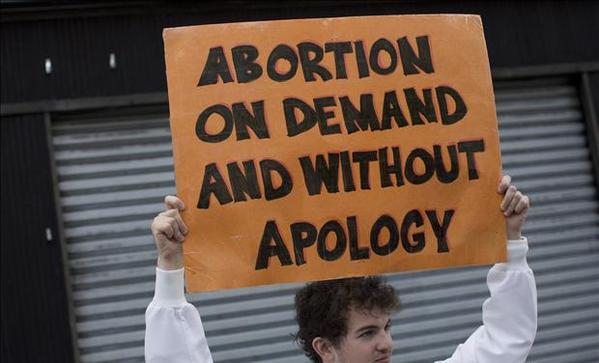 I’m not pro-insulin, but I support a diabetic’s right to choose insulin.

Does that statement strike you as odd? It likely does; insulin isn’t a choice, and diabetics do not have the luxury of choosing whether to utilize treatment methods. This analogy also works with visually impaired individuals who wear glasses or contacts, disabled individuals who use mobility devices, or mentally ill individuals who take psychiatric medicine. We understand the lack of choice in almost every healthcare measure but one: abortion.

The argument between the labels of pro-choice and pro-abortion may seem like semantics. Does it really matter what label you identify with as long as you support equitable abortion access? To me, it does. The language we use informs how we perceive and think about the issue at hand. Avoiding the label “pro-abortion” perpetuates the stigma surrounding abortion. It treats abortion like a dirty word not to be uttered, couched in the idea of choice instead. This is evidenced by the countless think pieces and politician’s statements insisting that “no one is pro-abortion.”

I am pro-abortion. Abortion is healthcare. It is medicine, it is necessary, and it is a decision entirely between an individual and their doctor. Both the procedure and the individuals who obtain it deserve our bold and public support.

Individuals who have abortions make a “choice,” but that choice does not exist in a vacuum. One in four women under the age of 45 will have an abortion, with the majority of these individuals being in their 20s. A 2004 survey of nearly 1,000 women who had had abortions found that 25% sought an abortion because they were not ready for either their first or another child. These individuals expressed concerns that having a child would interfere with their work or education. Nearly half of women who seek abortion are below the federal poverty line, and 23% of women reported inability to afford a child as their reason for having an abortion.

We do not make our reproductive choices in a vacuum. The complex and intersecting social consequences of becoming a parent- especially a mother- prevent abortion from being simply a choice. The people who seek abortions do not do so on a whim. For most people, abortion is a difficult decision to come to, influenced by societal factors outside of the person’s control. They deserve more than having their decision relegated to that of a simple choice, no more important than the flip of a coin.

Some people may argue that using pro-abortion language is alienating to those with more moderate views of abortion, who would otherwise support the cause. This reality, however, is an opportunity for education, not recoiling. It’s our duty, as Reproductive Justice advocates, to not only use honest and accurate messaging, but to make sure that messaging is being understood effectively. We should not shrink away from destigmatizing abortion just because it makes some people uncomfortable. We should instead be encouraging people to lean into their discomfort, examine the root of it, and overcome it.

I am pro-abortion, and I challenge you to be as well.