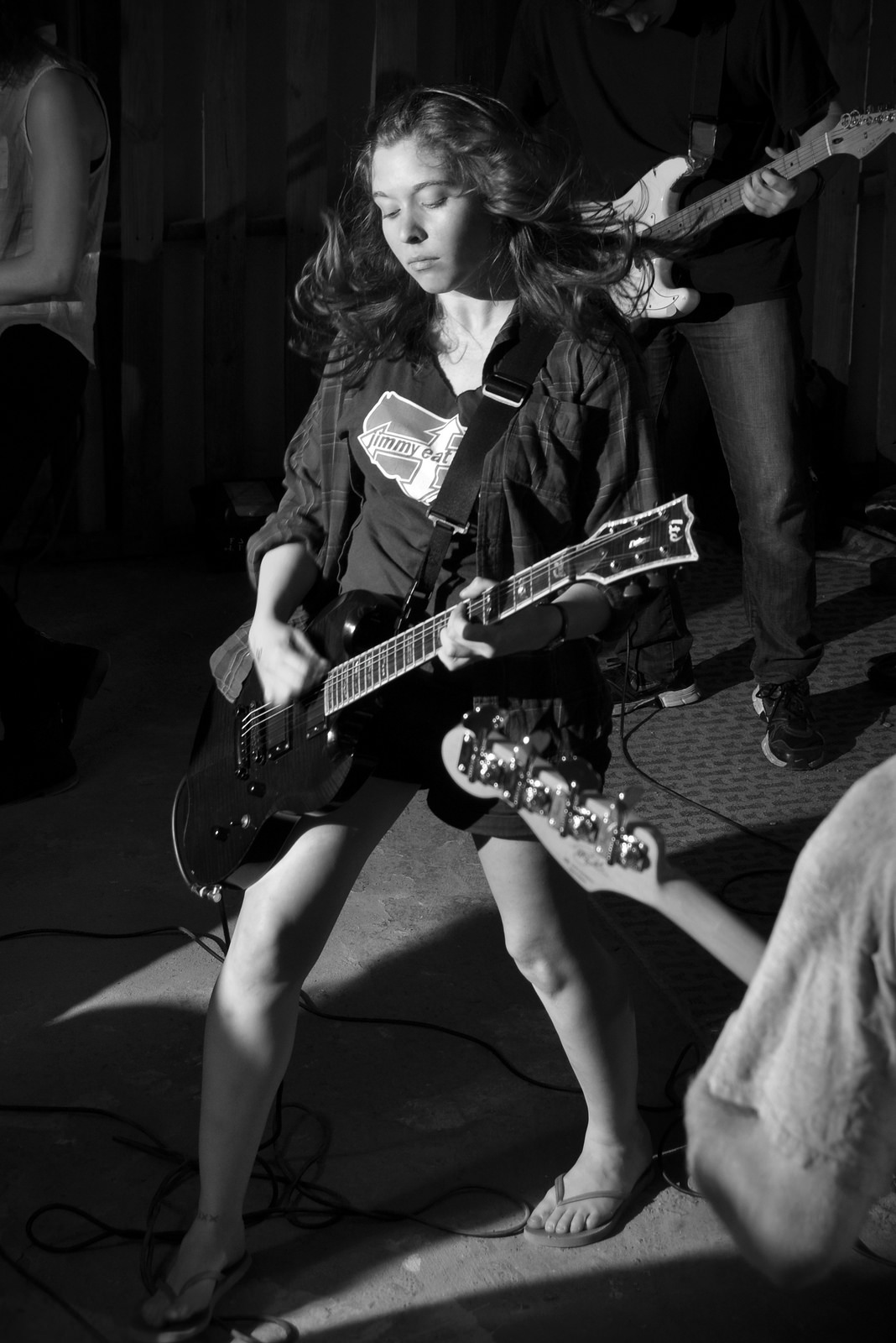 Photo of Reba Meyers of Adventures by James Willamor via flickr

We need more female-identifying musicians, and as activists we need to seek them out and listen to them!

In high school, I played music quiet a lot and was in a few bands. This is probably because I went to a performing arts high school, but I did notice a disparity in female artists being the only girl in the guitar department. The music scene continued to be male dominated in college, but recently I posted a status on my Facebook to request anyone who was not a white straight man to reach out to me if they were interested in starting a band. The status got a lot of attention compared to most of my posts (almost 40 likes!), but unfortunately I only received three serious inquiries to play.

Hip, electronic artists artists like SOPHIE and other bands produced by PC Music are even taking male-dominance in music as far as appropriating femininity. The Fader cited the production company as being run by mostly men, yet producing and selling femme images writing, “perhaps it’s time the boys owned up to the fact that they’re taking all the girly shit without taking the shit for being girls.” I couldn’t agree more. It’s time that women, queer people, and people of color get the support and attention they deserve!

Luckily there are collectives, like Flor Veinte, that are trying to produce and distribute femme music to the people. As a feminist and queer activist, I’ve been trying to seek out more musicians to listen to that I can identify with or come from groups that aren’t represented enough. Here are a list of a few musicians that I feel good about listening to and enjoy:

Two of my best lady friends from high school are in this band!

Please feel free to add your own badass womyn & queer artists in the comments section!