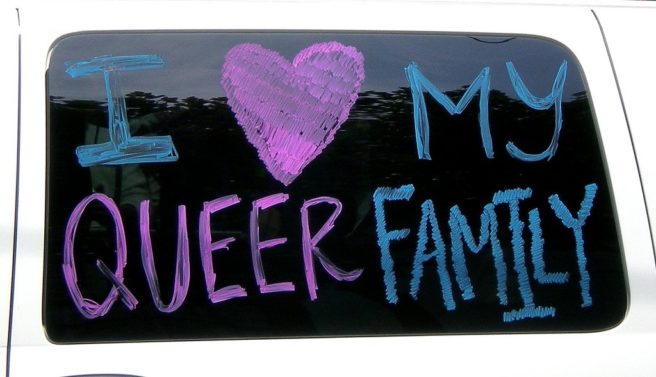 Conservative politicians have been using “family values” to show opposition toward non-heterosexual relationships and sexual autonomy. The phrase has also been used to defend harmful laws and policies. Such as those that restrict abortion access and ban same-sex marriages. When I think of strong families and family values, I think of LGBTQ families. Queer folks have always redefined the definition of family. Those that don’t have blood families that accept and support their queerness, for example, often build relationships and find communities that affirm and celebrate them. Now, LGBTQ couples can legally marry in the U.S., but there are many policy barriers for LGBTQ couples to enjoy the family life they want and deserve. Here are three policy areas that need development:

Research has consistently shown that LGBTQ folks are at a higher risk of experiencing distress and adverse psychological outcomes due to the stigmas surrounding homosexuality. They also face many obstacles when seeking healthcare services. Many LGBT people are unable to find services in their area, encounter discrimination or refusals of service in healthcare settings, or delay or forego care because of concerns of mistreatment. We need to ensure that LGBTQ folks have access to equitable and affordable healthcare so they can thrive at homes and workplaces.

Protection from job or housing discrimination

The majority of states do not have laws that prohibit bias in hiring, promotion, job assignment, termination, and compensation based on one’s gender identity and sexual orientation. Even fewer states have such anti-discrimination regulations in both the public and private sectors. Housing is the same. LGBTQ people can be unfairly evicted, denied housing, or refused the ability to rent or buy housing in the majority of states. Job and housing security are crucial in sustaining a family, and we need anti-discrimination laws explicitly addressing these issues.

Right to foster, adopt, and parent

Only 28 % of LGBTQ people live in states which have laws that support fostering by LGBTQ parents. Federally adoption by same-sex couples is legal in all 50 states. Despite this, 10 states permit state-licensed child welfare agencies to refuse to place and provide services to LGBTQ and same-sex couples if doing so conflicts with their religious beliefs. Systemic research has shown that stereotypes and prejudice against LGBTQ parents and their children are not supported by the data and that such negative attitudes have harmful results on the lives of LGBTQ couples and their children.

Reproductive justice is defined as “the human right to maintain personal bodily autonomy, have children, not have children, and parent the children we have in safe and sustainable communities.” We need laws and policies that support and protect LGBTQ folks and allow them to create the families they want and deserve.