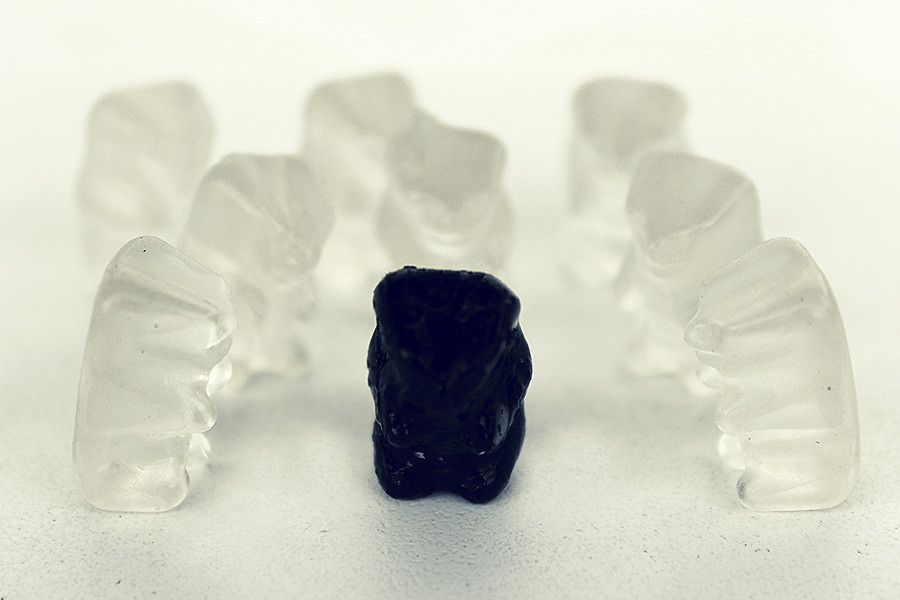 Among my friends and on social media, I have noticed a common phenomenon around blackness in dating: people are masking their blatant anti-blackness with the common rhetoric that “they’re just not my type.” Dating apps like Tinder and OkCupid have definitely made it easier for white people to see black faces and immediately swipe left.  However, I have also seen white friends and friends of color alike be more open to dating other nonblack races. It seems that what many non-black people aren’t wanting to admit to themselves are that these cheap claims of having a “preference” is just a mask for the fact that, inherently, you think blackness is unattractive.

Whether it’s because of our negro noses or afros, I am beginning to realize that so many of my friends’ dating preferences are linked to explicit racism and are rooted in anti-blackness. I remember in middle school, one of my friends of color asked me at lunch one day, if I liked anyone in our school. She immediately proceeded to list every single black person in our grade, seemingly indicating that those were my only options. I guess if I reached for the stars, I could have interpreted her assumption as a *thoughtful* consideration for the complexities that acknowledging anti-blackness could bring into interracial relationships and so maybe she just assumed that I felt as a black person it would be easier to be attracted to another black person. But I doubt she was really out here pondering the nuances of anti-blackness in interracial relationships while eating Nachos Grande. I remember being offended and frustrated that she just assumed that just because dating either a white person or a person within her own race made the most sense to her, that I must share the same narrative. There is validity in non-black people of color wanting to date within their own race due to cultural similarities and the way they might move through the world with similar oppressions. But it still makes me question why these same people also see white people as safe and valid options, don’t have a problem recognizing the attractiveness of certain black people, but still categorize it into this idea of “black attractiveness” that will never reach the spectrum of real attractiveness.

Once this thought began to take shape, I started noticing more and more that most of my friends of color either dated within their own race or white people. Perhaps they thought that their only options were to be in relationships with people who experienced the same race-based oppression they did, or to swallow their identities as people of color whole in order to better appeal to white people.

Was this some rare coincidence or was a statement being made about how nonblack people view blackness in terms of physical attraction? My thoughts led to the worst case scenarios as I desperately tried to postulate my friend’s train of thought. Because if this was true, what did they think of me? I found myself frustrated by their lack of understanding, but also frustrated by the fact that I cared at all.

So you can be friends with a black person, and you can call someone “pretty for a black girl,” and you can claim to understand racism but when push comes to shove, you can still have this deep-seated belief that blackness is inherently unattractive.

Even if it is argued that there are tremendous challenges in navigating interracial relationships by acknowledging your inherent anti-blackness, shouldn’t you be doing that anyway, regardless of your race or whether or not you are dating someone black (given the fact that all racism is rooted in anti-blackness)?

When white people say to “stick to your own race” or claim that “it’s just different cultures” because it’s “less complicated that way” it makes me raise an eyebrow. What culture do white people have? And why should people of color ever be made to feel ugly because white people inherently lack the sophistication to understand racial depth?

The fact that white people and non-black people of color routinely rule out an entire race due to one common physical trait is not only insulting, but dangerous. It also says more about you and your own blissful ignorance than it ever does about black people’s beauty, and yet time and time again, it is black girls and boys who are left hating themselves for your carelessly clueless ideology. I finally came to the conclusion that if this was really what my friends thought, then perhaps they should stay away from us. Black people are better off without your lethal rhetoric to pollute our lives and dismiss our realities.

The argument by white people about having a preference and black people not being their type doesn’t make sense with the fact that black people are not a monolith and there are millions of different “types” of black people who are their own people and like different things; the only thing that commonly links them together is the fact that they are all black. So what you’re saying when you say that black people are not your type, is that “blackness” is not your type and that you find all black people inherently unattractive. But how does that make sense with friends who constantly praise Beyoncé and Rihanna for their beauty? Does this mean they that they can dehumanize us into ugly beasts but also idolize us into larger than life entities that aren’t ever really human or seen as desirable life partners? It seems that we are only ever likened to beasts or trophies and that in either case, we are not seen as human enough to have romantic relationships with. This kind of faulty mentality also leads black people trying to ‘uncomplicate’ their narrative by compartmentalizing themselves into these boxes so that we can be accommodating to any kind of person.

Should black people really be made to feel small, unattractive and/or complicated because of other people’s inability to understand and interact with realities outside their own?