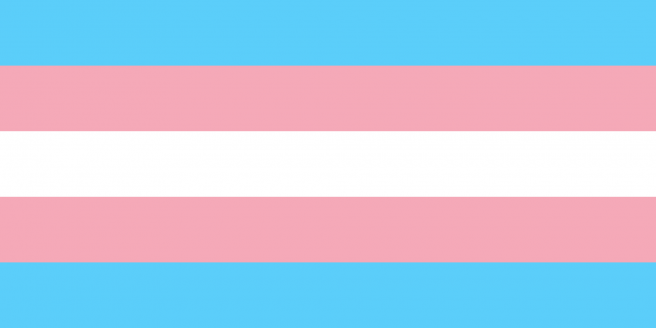 Across America we see LGBTQ folks tackling discrimination and expanding diversity in the workplace. Often times, that diversity only represents gays and lesbians, leaving out the trans community.

It’s time to shine light on the varied careers of trans women and men who have made a way for themselves and their young counterparts. Public figures like Laverne Cox, Janet Mock, and Tiq Milan are an inspiration to trans folks, who have rarely seen themselves in the media. But we can’t be satisfied with spotlighting only a few successful people from the trans community. There are so many more brilliant trans professionals in everyday career fields who should be visible to trans youth, as well. Trans folks are actively showing resilience and success in business, and young people deserve to see trans professionals who are paving the way in every field. 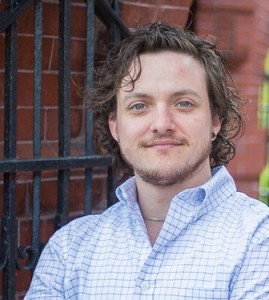 Career: Certified Salesforce Administrator, Host and Producer of The Strong Stance on the Back2Us Radio Network, and Board member on the Community Advisory Board for America in Transition, and the Board of The Dr. Annise Mabry Foundation.

What journey did you take to obtaining the job position you have currently?
I graduated from The University of Alabama with a BSW and MSW. While there, I identified as a lesbian to most and as  transgender to one or two trusted people…but I didn’t really know what that meant for me yet. I moved to DC on what was supposed to be a temporary Spring Internship at the Human Rights Campaign. After a month, I knew that DC was where I needed to be, both professionally and personally. At HRC I was mostly involved in field work, data entry and setting up html email blasts. After my internship, I got a job at NARAL Pro-Choice America in the Communications department, doing more data management and alert production. I realized I had a knack for data and databases and a Manager in the Information Services department encouraged me to join her team. I began my medical and legal transition at NARAL in July of 2008, though I had socially transitioned (outside of work) a few months after moving to DC in 2005.

After Obama was elected, donations took a hit because so many people felt that with a new president, reproductive rights were secure. This forced NARAL to perform a substantial employee cut, of which I was one. My next job took me into the corporate world, which is the job I still hold today. In this position, which I’ve held for just over seven years, I have learned a handful of new systems, at least one of which was primarily self-taught. I am now a Certified Salesforce Administrator and I perform all the CRM System Admin functions, as well as declarative development. After about five and a half years of service, I moved to rural Georgia, but kept my job. I now work remotely, traveling between Georgia and DC about once a month or so. I encourage anyone that enjoys database management, loves data, or who is looking for a career shift to look into Salesforce Administrator or Developer positions. The tech industry is a place where many (though not all) trans people have found acceptance in the working world and Salesforce professionals are highly sought after.

As a side, unpaid job/hobby I am the host and producer of The Strong Stance, which is a monthly podcast on the Back2Us Radio Network. The show focuses on issues, stories and interviews that affect the transgender and gender non-conforming community. I am also a speaker, writer and advocate for trans rights. I have presented and spoken at numerous colleges, conferences and events. I also currently serve on both the Community Advisory Board for America In Transition and the Board for The Dr. Annise Mabry Foundation.

Why is it important  that trans youth have professional role models?
Trans youth are getting the message loud and clear that being trans in America (or anywhere) is far from easy. Our youth are committing suicide at alarming rates, often due to lack of community, housing and acceptance. Seeing that there are other successful trans people in the workforce, *whatever that job or career might be*, is critical to showing trans youth and even many trans adults that success is possible for people of all walks of life, however they define that success.

It is also vitally important to be able to talk about career aspirations with someone who has walked a similar path. I had many cis people in my community that could help me navigate educational steps, interview prep, resume and cover letter edits, and discussions about “normal” office politics, but there were no trans people there to tell me how those things would be different as a transgender person. There was no one to proofread the letter I sent to my colleagues informing them of my new name and pronouns. There was no manual of how to handle questions about why the companies I interviewed with couldn’t find transcripts under my name. There was no one to talk to about how much information I needed to provide my employers when I needed to recover from surgery. And there was certainly no one there who could tell me who was safe to talk to and who wasn’t.
Having other transgender people, with similar experiences, to discuss these issues would have reduced the amount of anxiety I had while trying to navigate them myself. I was just feeling my way through it and asking some trusted cis folks that I thought might be able to help.

What advice can you give to other trans youth or trans adults wanting to pursue their career goals? And what are your Do’s and Don’ts you give to any Trans person entering into an office space or business setting?
If there is a career goal you have, do as much research as you can to map out your path before beginning. This isn’t always possible, but if it’s something you can do, seeing the destination can help to get you through the rough times that may pop up along the way. Plans change. Goals change. But sometimes knowing what you are getting into can help you avoid some of the unexpected surprises….or it may just show you that this path isn’t right for you. Also try to find other trans people in that arena. There are tons of social media groups that are dedicated to linking trans people together, and some of those are purely job focused. If you can find a mentor, you can ask them to field your questions about working in your chosen industry.
Do’s & Don’ts are tricky because there is no ‘one right way’ for everyone. The only Do’s and Don’ts I can give are these:

I’m all about building and flourishing sisterhood and brotherhood, a sense of unity and togetherness within the LGBTQ community. Who are the  trans folks you admire and look to for inspiration and motivation?
There are so many that I look to for inspiration: Tiq Milan, Laverne Cox, Lourdes Ashley Hunter, Tracee McDaniel, Kortney Ziegler, Jaan Williams, Danni Askini, Sasha Alexander, and so many others who I will not name, as they may not be out in a public way. I find inspiration from trans people in all types of fields and industries. I am inspired by their drive and their passion for whatever they do, whether it’s educating the masses, serving as counselors and social workers, grinding in the tech world, fighting for trans rights, or singing, writing, and acting their hearts out.

Research shows although many trans women and trans men are entering the career field at increasing rates, they are also many accounts of trans workplace discrimination, harassment, and even abuse. What can our LGBTQ activist and political candidates do to tackle and create safer spaces for trans community in the workplace?
Listen to trans people. If we are telling you there is a problem, hear us. Don’t brush it to the side. When we tell you we are being discriminated against or that something isn’t working, or that trans women of color are being murdered in the street, don’t ask us to prove it, or get over it. When you are trying to solve the problems facing the trans community and when you are trying to pass legislation to protect us, get our input. Don’t just do what you *think* is the right thing. Ask us and we’ll tell you. Work with organizations that were founded by and for trans people that do this very thing: Trans Women of Color Collective, Sylvia Rivera Law Project, Juxtaposed Center for Transformation, National Center for Transgender Equality. And if you want to see a city that is doing pretty good things, keep an eye on Washington, DC…and I don’t mean Congress. I mean the District of Columbia. DC often leads the country in legislation and protections for transgender residents, from workplace non-discrimination to public accommodations to working and talking with (instead of talking at) the trans community. I’m not saying that DC doesn’t have its problems…it does, just like everyone does, but it is one of the safest places I’ve ever lived as a trans person.

James is the Summer 2016 Field and Trainings Intern. James is a recent graduate of Alabama State University.

One Response to “#RespectMyHustle: Trans Profiles in the Workplace”