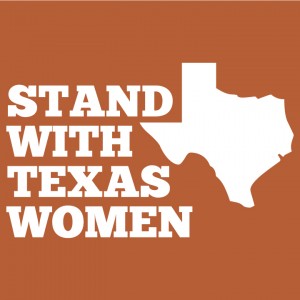 I am most familiar with Houston’s proposed legislation termed the Houston Equal Rights Ordinance (or HERO). HERO would have protected all Houstonians from discrimination based on at least 15 different categories including race, marital status, gender identity, pregnancy, religion, and sexual orientation. Various homophobic, xenophobic, white nationalist, and neo-Nazi groups lead a targeted campaign against the ordinance, specifically focusing on the bill’s LQBTQIA+ protections. It is clear to me that Senate Bill 92 is blatant pandering to this same hateful voter base.

Also, side-note, this bill is very bigly (lol) government and robs Texans of their ability to govern themselves at a local level. This hypocrisy is lost on the bill’s authors though, apparently.

AHHHGG!! I wrote about this particularly shit piece of regulation in my last blog — it is the thought vomit of some proposed Department of State Health Services regulations. The law (like the regulations) would mandate that any pregnancy-related tissue (minus placentas, umbilical cords, gestational sacs, blood, and body fluids), be interned or cremated. This would apply to tissue that resulted from miscarriage or elective abortion, regardless of gestational age or weight. This proposed law completely disregards the physical reality of spontaneous and elective abortion in the first trimester (when between 89 and 92% or abortions occur). The amount of tissue resulting from these procedures and happenings is so little that it is often undetectable and indiscernible. Even if the tissue is identified, it is too small to yield any residue after cremation.

Furthermore, the bill does not specify who is supposed to cover the cost of cremation and internment. Though, it does explain that medical facilities who do not follow the rules can have their licenses revoked. This bill serves no purpose besides adding additional cost and time not only to abortion procedures but also to the experience of miscarriage. It’s a TRAP law, y’all.

No. No, no, no, no, 100 times no. This proposed law attempts to criminalize abortion! It substitutes political ideology for personal and medical expertise. It potentially subjects families, medical professionals, and newborns to needless pain and suffering. In particular, I am thinking about fetal abnormalities, which prevent the fetus from living outside of the womb. This bill would force pregnant individuals in this situation to deliver said fetuses. The decision to carry and deliver a fetus belongs to an individual and their support system –not Texas state Representative Matt Schaefer (R-Tyler), the author of the bill.

If you’re interested in reading about the other bills filed during pre-filing, the Texas Tribune has published a through review here. The good news in all of this is that activists and advocates are on high alert, we’re ready to oppose each of these bills in turn.