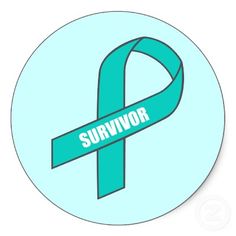 Today is the first day of April, which means it is the beginning of Sexual Assault Awareness month. Awareness about sexual assault, and most issues in our society, is crucial to the creating action. There is a lot about sexual assault that our society needs to made aware of, and there is no way I can capture it all in one blog post. But, I’ll try to do my best to discuss certain issues that I think really matter.

Sexual assault is NEVER a survivor’s fault. They weren’t too drunk or dressed too provocatively; they were taken advantage of and hurt. They were violated, and it is not their fault. If you look at a sexual assault survivor and ask them what they were wearing or if they wee drunk, you are ignoring the trauma they went through and their strength as a survivor.

Be careful with the rhetoric you use when talking about issues related to sexual assault. You never know when someone in the room is a survivor and might be struggling. And a note to college students: 1 in 5 women on your campus are survivors, so be cognizant of that fact. Remember that statistic in your classes before you speak about this issue.

This month, and all year, remember those who are affected by sexual assault and try and help them anyway you can. Volunteer with or donate to a shelter for survivors, get involved with events your campus is putting on (I know they’re happening), listen to and never blame a survivor. Use your voice, speak up, and bring light to this issue in a safe and respectful way. Change starts with a conversation.

Let Sexual Assault Awareness Month be the push you need to stand with sexual assault survivors and fight for an end to sexual assault.