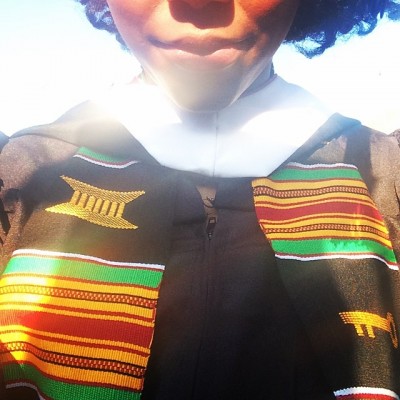 Black Twitter’s razor sharp wit and social conscience didn’t hold back in 2015. They opened the public discourse on the role police brutality played in the deaths of Freddie Gray and LaQuan McDonald, while dismissing whites who complained about an all-black casting of The Wiz, and praising the Mizzou uprising that changed the social landscape of a university. But this Texas case regarding affirmative action takes the cake, and frankly it got me rubbing my temples in disgust.

A white female prospective student, Abigail Fisher, filed a lawsuit against the University of Texas at Austin after she was denied admission to the university due to — she alleges — her race. She claims affirmative action is the reason she was denied, and students with fewer qualifications and less intelligence (students of color) were admitted.

Affirmative action is a policy that many companies and institutions of higher learning implement that favors members of a group who suffer from discrimination within a culture. It was designed to favor low income workers, people of color, people who identify anything other than heterosexual, and the disabled, not as a crutch for white mediocrity.

Ya’ll tried it, though.

Fisher filed this lawsuit in 2008 while she was in her college decision-making process. She graduated in 2012 from Louisiana State University and is now a business analyst in Texas.

Looking at UT’s side of the argument, Fisher’s lack of acceptance wasn’t controversial. She didn’t have strong grades, was a UT Legacy perspective (which the university discourages), and had low test scores. Simply put, she wasn’t a strong candidate. But bypassing logic, Fisher felt as though she was discriminated against and decided to take her complaints all the way to the Supreme Court. White privilege at its finest.

Well, Black Twitter was there to put Fisher and her privilege firmly back in place, unleashing #StayMadAbby. Former black Longhorns and other graduates of color used the hashtag to post pictures from their graduation days, reminding students of color to take pride in their academic successes.

This is what students of color have to deal with in 2015 — the world still believing that they are not worthy or intelligent enough to pursue higher education, and that white supremacy in all things is still the norm. It’s a sad, tired subject and it’s hurtful to think that as a student of color, I don’t belong somewhere when I worked hard to achieve a place there.

One thing is for sure: people of color have fought, slaved, cried, built, invented, wrote, sang, played, laughed and danced our way into this world over the last 400 years. There’s little to nothing we can’t do, and we don’t wait for the world to hand us what’s ours — we go out and take it.

While the Fisher vs. UT case continues to be heard at the highest court in the land, remember that people of color will continue to strive for excellence in the face of adversity, and know that this is yet another example of why black lives always and will forever matter. Stay mad, Abby.