Student Activism: A Look into our 2015 Advocacy Days

We have had a pretty exciting first half of the year here at URGE. With the help of our chapter members and partners we have held various advocacy days across the country, from Ohio to California.

Through these efforts, URGE demonstrates what it means to be an organization that stands behind young people and gives them the tools they need to be strong advocates for the issues they care about. Together, URGE and it’s student members are telling legislators that we will not stand back and watch as they try and strip our rights away.

So what are we doing? Well, here’s a rundown of the work we have done so far this year. 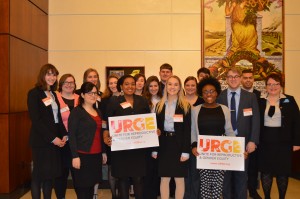 Our advocacy days began in early February. We kicked off in Kansas on the where we met up with student chapter members to talk to state legislators about a sex-education bill in the state that could change the policy from opt-out to opt-in. The bill could create a permanent barrier between many young people and the comprehensive age appropriate sex education they deserve. 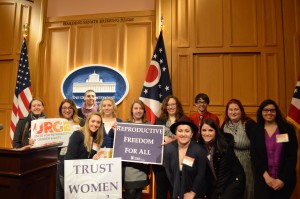 From Kansas we moved on to Ohio, where abortion bans seemed to be multiplying. One bill that restricted abortion after 20 weeks and another that restricted abortion after a mere 6 weeks. With these kinds of restrictions at the center of Ohio politics, our Ohio students were anxious to get the opportunity to speak to state legislators about the problems of anti-choice legislation. Both of these bills are still pending, so our students will be heading back to the statehouse again!

Following Ohio, we went out to Texas and joined our members and some partners in rolling out the latest campaign in Texas to protect women’s access to abortion: “Trust. Respect. Access.” Students also participated in a lobby day at the Texas statehouse where they spoke to legislators about expanding access to birth control and sex education. 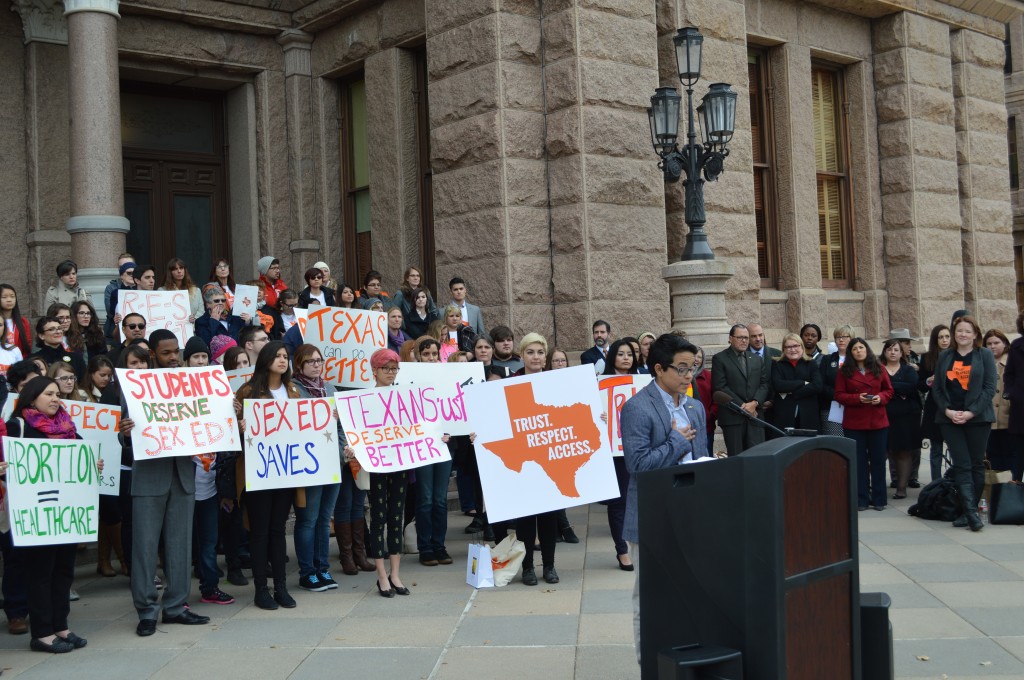 Next up was California on April 6th. In California, we met up with our chapter members to tackle three state issues: updating sex education to include HIV prevention information, making breastfeeding stations on school campuses available to student mothers, and a proposal to rescind the Max Family Grant (MFG) rule from CalWORKs aid to low income families. 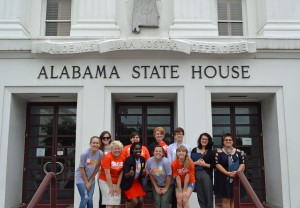 Our advocacy days concluded on April 15th in Alabama. Here, students headed to the state capitol to talk to legislators about the heartbeat bill, an anti-choice bill seeking to restrict access to abortion after 6 weeks.

Our various advocacy days across these five states brought us together with chapter members from many different campuses.  These efforts are proof of the activism of this generation. These students took the time out of their busy schedules during the week to make their voices heard on issues that matter to them, while juggling school responsibilities and commitments.

When young people see decisions being made that will affect their health and their lives, they will not merely stand by and watch things happen, they’re getting involved. They are stepping in to make their voices heard and to make a difference. URGE will continue to be right by their side as they do!