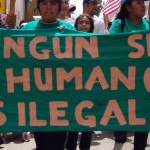 Though many religious leaders say it is not required given the circumstances, diabetic and pregnant Muslims often try to celebrate Ramadan with both fasting and prayer. This practice requires the supervision and care of a culturally-competent doctor who understands both the medical issues that could spring up from fasting as a diabetic or mother-to-be, but also one who understands the cultural significance of the holiday. Culturally-competent doctors can be hard to come by in the United States; many medical students have only just begun to be assigned textbooks on the subject of treating those from foreign cultures. So why, then, is it so difficult for doctors from foreign countries to get certified in the United States? According to the Migration Policy Institute, there are now nearly 42 million immigrants living the United… Read more »