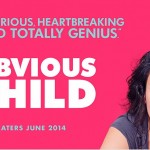 Earlier this week, the Department of Education and the Office for Civil Rights extended the Title IX clause to protect transgender students from discrimination in schools. The OCR explained, “Title IX’s sex discrimination prohibition extends to claims of discrimination based on gender identity or failure to conform to stereotypical notions of masculinity or femininity…” This is a monumental step for trans* folks as transgender students face sweeping forms of discrimination, bullying, and violence in the classroom. Though this is a huge step for the LGBTQ movement, when it comes grassroots approaches, how effective is youth advocacy and organizing? At Texas universities, it has become clear that top-down approaches will be the only way to create effective change.

Thank you. I don’t even think a thank you can express a fraction of how I’m feeling. It’s a kind of I want to run up to you and give you a long embracing hug as I cry in your shoulder kind of thank you. I’ve been a Texas southern boy my entire life. No, a gay Texas boy and I never thought in my young life that I would live to see today. As I see other states pass sweeping legislation granting a right to love, I never thought Texas would be nearing equality. I remember last summer when the Supreme Court struck down DOMA. I was in my accounting lecture and was browsing through my Facebook feed on one of our breaks. Status upon status of the news… Read more »

It was just last summer when we experienced Wendy Davis’ monumental filibuster against an anti-choice bill in the Texas Senate. Though the stand for abortion rights made national headlines, HB2 was later passed in a special session. The law has been in effect for several months and the Department of State Health Services (DSHS) is beginning to crack down on abortion providers. This past week in Houston, Theodore Herring’s license was revoked and the Affordable Women’s Health Medical Center was shut down for not following the ridiculous TRAP laws in HB2. TRAP laws, also known as targeted regulation of abortion provider laws, limit the ability for abortion providers to do their jobs. In HB2, abortion clinics must have admitting privileges to a hospital 30 miles away. This is apparently to… Read more »

Students on college campuses around the country are preparing for finals which means lots of caffeine, minimal amounts of sleep, and long nights at the school library. Drowning in finals myself, I sometimes don’t leave the 24-hour school library until late at night. Walking back to my car in pitch darkness and half awake, I walk past a myriad of other sleep-deprived students who all have to walk almost a mile or more back to their apartments. What seems like a typical college finals night for many university students might be a dangerous venture back home. The University of Texas, spans over five blocks each way with over 50,000 students in attendance. With such a huge campus, it’s easy for students to end up walking a huge distance, often times… Read more »

This has been an exhausting and draining week for many UT-Austin students, myself being one. National headlines covered the Texas University’s Young Conservatives of Texas (YCT) student organization that hosted a “Catch an Illegal Immigrant Game.” This game involved volunteers wearing pins with “illegal” on them and if students “caught” them and brought them back to a YCT member, they would receive a $25 gift card. Their goal was to create a dialogue about immigration…right.

This week has been a roller coaster ride in Texas. First, on Monday, District Judge Lee Yeakel found certain requirements under HB5 to be unconstitutional including the requirement of admitting privileges. But yesterday evening the 5th Circuit Court of a Appeals blocked Judge Yeakel’s injunction on the law, which means that even though the admitting privileges are currently considered unconstitutional by the courts, they will still go into effect – starting today – until the Court has made the a permanent ruling on the provision. Basically, it’s really bad news. Clinics are already being forced to cancel appointments and experts believe this decision will close one-third of abortion clinics in the state. Things are looking bad for abortion access in Texas right now, but this fight will be a long… Read more »

The saying goes, everything is bigger in Texas, including our bigots at the capitol. Don’t get me wrong, I’m all about Southern comfort and hospitality, but Texas’ new voting law isn’t so comforting. The voting ID law passed simply asks for identification before being allowed to vote. Besides of course excluding immigrants who lack these documents and senior citizens who can’t always find the means to have updated identification–the ramifications of this bill now targets Texas women and trans folks.