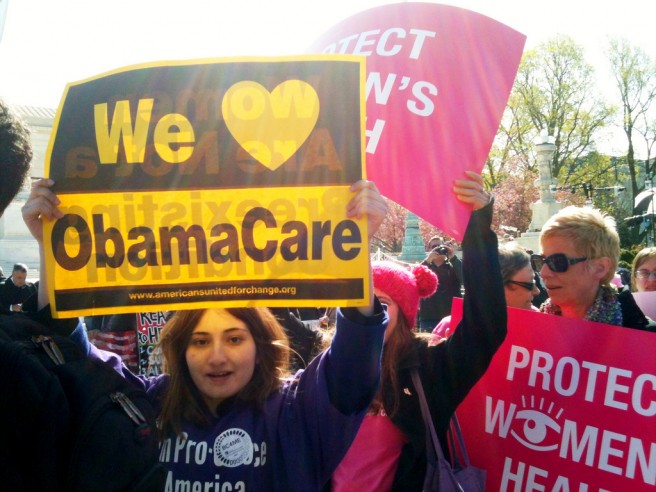 Last week was historical for the transgender community. In the span of five days we saw the U.S. Government sue North Carolina over their discriminatory bathroom bill, HB 2, arguing that it violates federal law; we watched the U.S. Attorney General, Loretta Lynch, deliver a powerful public speech on transgender rights and equality; President Obama directed public schools to allow transgender students to use whichever bathroom fits their gender identity; and, finally, the Department of Health and Human Services (HHS) published a nondiscrimination ruling on the Affordable Care Act (ACA), banning discrimination in the healthcare context based on gender identity or sex.

It was a big week.

Rounding out the week was the ACA nondiscrimination rule. This ruling deserves additional attention, not only because of the immediate and widespread impact it will have on the LGBTQ community’s access to the health care they need and deserve, but also because it highlights the impact that we can have on advancing LGBTQ rights when we direct our advocacy at federal agencies.

Specifically, this monumental nondiscrimination rule clarifies Section 1557 of the Affordable Care Act. This section of the ACA prohibits discrimination in health care based upon race, color, national origin, sex, age, or disability. All good stuff. But, what do those terms mean? What does “on the basis of sex” actually include? Because of these lingering questions, the Department of Health and Human Services—a federal agency—was given the task of providing answers to these lingering questions. But, HHS didn’t come up with these answer alone. In fact, HHS had whole lot of help from the general public.

When HHS was finished with their first draft of answers to these questions about Section 1557, they published their proposal online so that the public could comment and give recommendations. This public commenting opportunity is routine practice for federal agencies when they are asked to create rules and regulations for federal law. It is a perfect opportunity for organizations and passionate people to get involved in policy change and tell powerful agencies how we feel.

Which is exactly what we did! Along with thousands of other advocates, organizations, and interested members of the public, URGE and URGE students swarmed the internet, submitting comments to HHS expressing our views on their proposal, telling them how important access to health care free of discrimination is for the LGBTQ community. To be clear, HHS didn’t have to do what we asked, but they did have to read what we had to say.

After reading all of the public comments, HHS published their final rule last week, conclusively answering the lingering questions above. Looking at the final rule now, it’s clear HHS not only heard our voices but that they also incorporated our ideas into the final rule. Although the final rule isn’t perfect, it pushes health care in the right direction of being accessible to everyone regardless of their gender identity, sex, or sexual orientation.

So what exactly does the final rule do? Well:

All in all, this is a victory.

During the period of time that HHS was asking for advice, the public sent in over 24,000 comments. Many of those, like ours, lifted up the LGBTQ community. But, just as there are several states around the country right now trying to restrict LGBTQ rights, many of the comments also reflected discriminatory views and asked HHS to allow LGBTQ discrimination to occur in healthcare. Ultimately, our voices and the voices of our allies prevailed.

In a divisive political climate where states are using the power of law to prevent transgender people from exercising their basic rights, and where providers are discriminating against LGBTQ people when providing health care, it is imperative that the federal government’s actions last week continue in order to protect the future of LGBTQ rights.