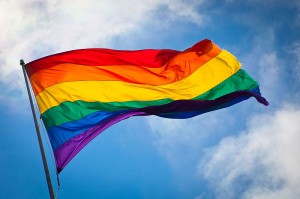 Yesterday was a milestone day for Texans as the first same-sex marriage was performed in the Lone-Star State.

It caused a lot of commotion (and rightfully so), however this does not mean that same-sex marriage is now legal in Texas.

Seems a bit confusing right? Well it is, but let me break it down for you.

I am excited to see this kind of potential progress come out of my home state, given these events, but marriage equality doesn’t thrill me as much as I see it thrill others.

First off, I’m not looking to get married any time soon, and I guess it’s naive of me, but I’ve always just assumed that by the time I do decide to get married it would be legal everywhere (or at least in the state of my choosing).

Second, I know there are much larger and complex issues facing the LGBTQ community as a whole. Homelessness, lack of proper sex education, bullying, lack of inclusive spaces for trans and nonconforming folk. I know that all of this will still exist regardless of whether Texas legalizes same sex marriage or not.

Third, I’ve recently begun to understand what feministing.com explains as “homonormativity”, a concept that addresses the issues within the gay rights movement and the tropes that media perpetuates of the appropriate queer person often times as being a cisgender, gender-normative, White, middle class, gay-identifying person.

As the article states, it frames marriage as an issue that requires that all relationships mimic this heteronormative standard of sexuality and family structure, and that’s just something I’ve never been comfortable with.

Lastly, and this is very cynical of me, but I don’t feel comfortable celebrating the legalization of something that should already be my right in the first place. I’m not saying that it shouldn’t be celebrated, I also have no intention in negating the people who are fighting so hard for this to happen. I would love to see marriage equality become a reality in my home state, but I’m fearful that once that happens a large majority of the people in this movement will lose their momentum and feel as if work is done, and that is far from the truth.

As of this year same-sex marriage is legal in 37 out of the 50 states.