The Supreme Court Decision That Will Keep Police Violence The Norm 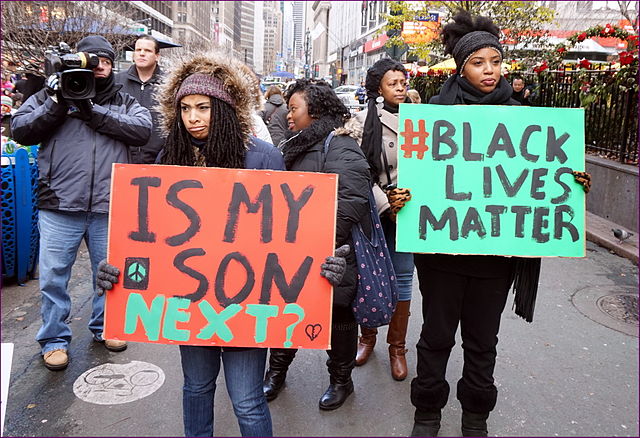 After the formation of the Black Lives Matter Movement and unprecedented political engagement from presidential candidates on conversations surrounding racial justice and criminal justice reform, the deaths of Alton Sterling and Philando Castile in such steady succession cuts to the quick. Our nation has become too comfortable witnessing state brutality against non-violent black people through the grainy footage of cell phone and soundless police dashboard cameras. We know the names of the 123 people who have lost their lives. We know what their families’ suffering sounds like. What we may not know is that, this past June, the Supreme Court made it much easier for these acts of violence to continue without legal consequences.

With such landmark cases on reproductive justice and immigration before the Supreme Court this term, the 5-3 decision in Utah v. Strieff flew more or less under the radar. But, the importance of this decision cannot be ignored. In it, the court determined that, based on the Fourth Amendment, police can search you and your car without having probable cause, and use whatever they have found as admissible evidence in your trial.

Example? If you are pulled over and the stop is unconstitutional, then the police officer who has stopped you-who has reason to believe you have illegal narcotics in your vehicle-can search, take whatever they find, and arrest you. The officer can then use that evidence without facing repercussions for stopping you illegally in the first place.

Allowing such loose “search and seizure” conduct can serve as justification for the already pervasive, ‘arrest first, ask questions later-if at all’ mentality in well-funded, increasingly militarized state police forces with histories of implicit racial bias. The fact that the Utah v. Strieff decision didn’t receive widespread backlash and censure is mind boggling. In an epic dissent of the decision, Justice Sotomayor eerily predicted the harm it would cause to the marginalized populations it targets. 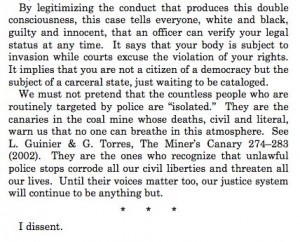 Utah v. Strieff has made it perfectly acceptable for police officers to play judge and jury before a trial even starts; they can reach further into the lives of people of color who face consequences for crimes committed by their white counterparts who often receive nothing more than a warning. Cases like this, show time and again that the way you look, how you speak, or the neighborhood in which you live precludes you from accessing the civil liberties the Constitution is supposed to provide for all of us.

Along with stop and frisk policies in major cities and ICE deportation raids in border states, Utah v. Strieff disrupts the right to parent for black and brown families. These policies and procedures have given law enforcement the armor they need to do things like: shoot Alton Sterling at close range because of the gun in his pocket (something that is legal in an open carry state like Louisiana); or shoot Philando Castile in his vehicle with a young child in the backseat, while he was reaching for his permit to carry during a routine traffic stop.

We shouldn’t have to see Alton Sterling’s eldest son cry out for his dad on national television. We shouldn’t have to hear that Philando Castile’s mother had told her son over and over and over how to behave as a black man when encountering law enforcement. These occurrences shouldn’t be normal to us, not anymore. We should be using our power to hold the people who are supposed to protect and serve accountable for their actions, not just in the public sphere, but in the legal one as well.

Clarke Williams is the Communications Associate at URGE. She lives in Washington, D.C.