Earlier this month, a poll taken by Harvard officials indicated a slight shift in favor of abortions in response to the Zika virus. An estimated 59% of Americans favor abortion after 24 weeks if medical records indicate that the unborn fetus has the Zika virus and has a risk of developing major birth defects. As many medical professionals try to find a cure for the Zika virus, abortion politics and the prospect of disabilities from the virus are becoming interwoven. The fear that unborn fetuses will contract the Zika virus has produced a fear of abnormalities plaguing the human race. Disabilities usually causes a shift in public opinion since it questions the morality of what makes a person and whether people with disabilities are viable.

While pro-choice people might want to cheer any increase in support for abortion access, it is not all good news to be getting that increase because of the fear of disabilities.

Everyone knows that nearly every disability comes with stigmas. The Zika-related birth defect that many people fear is microcephaly, which causes a newborn’s head to be smaller than average, which directly impacts brain growth. Children with this condition usually experience speech impediments and intellectual disabilities. This medical alert has drawn many Americans to change their viewpoint on abortion restrictions.

Unfortunately, we have seen these methods before that have attempted to “exterminate” people with disabilities. In London, a mother of six was involuntarily sterilized because she had learning disabilities. Eugenics labs have been used on disabled people in addition to many African Americans to prevent the reproduction of people with disabilities. This situation restricts people who have disabilities from having autonomy over their bodies and dehumanizes them along with their offspring.

Although both sides are different in terms of their abortion views, they are both using the fear of disability for their arguments. The language surrounding disability as a rhetorical tactic is harmful and dangerous. Recently, I read an article where a woman adopted a child with disabilities to educate herself about the life of people with disabilities. People with mental health issues and disabilities should be treated as people, not used as an educational tool. Children have a tendency to point to people who seem “different,” but parents usually tell their child to not point at those who are “less fortunate than them.” In fact, Google’s search results clearly convey how society feels about the disabled community. 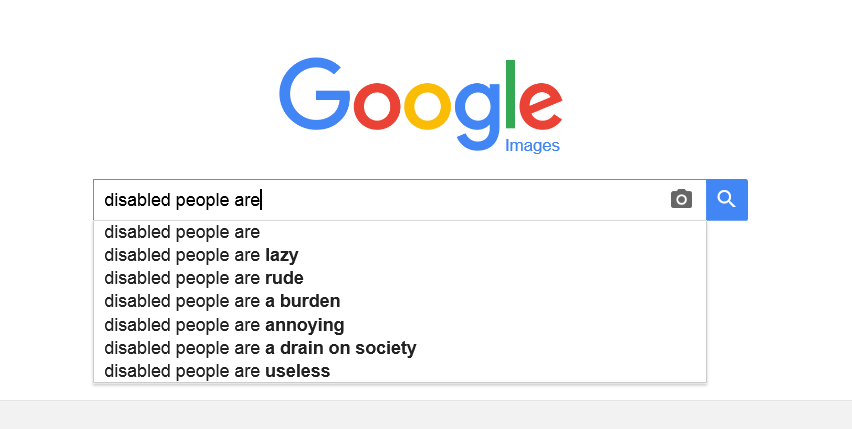 To many, it may seem practical to use the Zika virus as a political platform to restrict or legalize abortion. However, defending abortion only to prevent a disability from spreading continuously dehumanizes the disabled community.