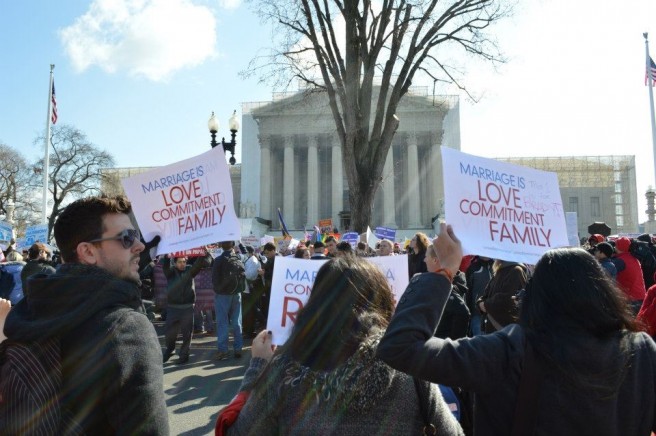 Tomorrow, the Supreme Court will be hearing oral arguments for Obergefell v. Hodges, a pivotal case addressing same-sex marriage. In preparation for tomorrow’s oral arguments. I wanted to share some facts surrounding the case.  The case relates to the states of Ohio, Kentucky, Michigan, and Tennessee where same-sex couples have sued the state for refusing to recognize legal marriages in other states.

It is expected that the Supreme Court will answer these constitutional questions by June of 2015. The results of this case will be crucial to the marriage equality movement. This case will set a precedent for future court proceedings regarding same-sex marriage in other states as well.

Furthermore, the case will address the importance of recognizing same-sex marriage in public documents. In a country all about documentation and proof, documents like marriage liscences and death certificates translate in to money, benefits for families, as well as a recognition of people’s marriages. The outcome of the case will either bring us closer to marriage equality or take us a step back.