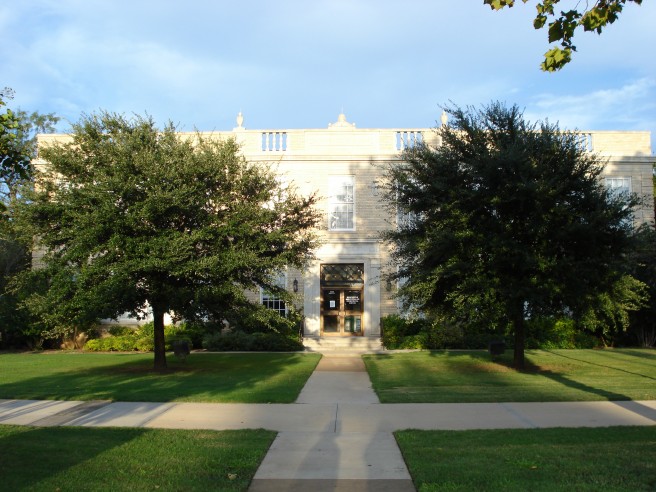 Since my acceptance into graduate schools, I’ve been vocalizing my excitement about moving out of the South and into a liberal metropolitan area (which are still problematic and implicit in racial and economic segregationist practices), where I’ll be in community with like-minded individuals and not be seen as the odd person out because I believe in gender neutral restrooms.

Which, if you are from the South or spend time here, you know exactly what I’m talking about.

While daydreaming of being in queer women of color-dominated spaces and not constantly having to fight individuals and committees about equality and equity for traditionally oppressed groups, I was brought back to reality with one question. Who is going to fight for vulnerable communities if everyone leaves?

My social work professor has been emphasizing the need for advocates in rural and under-served areas in our field practicum class. “Abilene needs macro social work practitioners too, if not even more than Dallas,” she told me last semester. But I brushed her off, insisting that I couldn’t continue doing advocacy and organizing work in a toxic area.

Here’s the dilemma: As an advocate for social justice change, do I stay in a community where my skills and strengths are needed or do I move away for continued education to a place where my identity is accepted?

I’m reminded of my mentor, Mercedes, who moved to Washington, DC to work at a non-profit, but then came back after one year to Dallas to continue community organizing and policy work at an HBCU in Dallas. In our conversations, she stated that there was a need for her at home and that she needed to bring the lessons DC taught her back to the South. Her love and dedication for the Dallas community inspires me and I’m slowly seeing her impact on the university campuses where she works and its surrounding community.

Yet, there are some organizers and advocates I’ve talked to at conferences and summits, who couldn’t wait to leave and make the same move that Mercedes did. They longed to return home and do social justice work, but expressed their difficulties about lower salaries, a general lack of respect for their work in their communities, and life in red state after being away for so long.

So, as a young millennial woman of color wanting to advocate and empower communities by creating and implementing equitable policies, what do I do? Stay in the South or move away?

I’m thankful for the experiences I’ve had in Abilene, where I learned to utilize my voice and organize folks for a just purpose. I had to learn how to stand alone and embrace the vulnerability that comes with being a one woman revolutionary. I’ve been blessed by mentors and like-minded individuals during my time who have poured into me in numerous ways. I’m thankful that these people have affirmed my decision to leave.

I’m comfortable in my decision to leave the South, even though I’m still working through feelings of survivor’s remorse and the guilt of leaving folks behind. But I’m confident that there’s room in Abilene for more activists to emerge and grow; activists who can use their time to build upon the efforts of the activists and advocates who came before them, just as I did.

I’m leaving because my time has come, and if I stay, my growth will be stunted.

To all the graduating activists, advocates, and organizers: know that your community will survive after you leave, your work will be continued, and your impact will be felt.