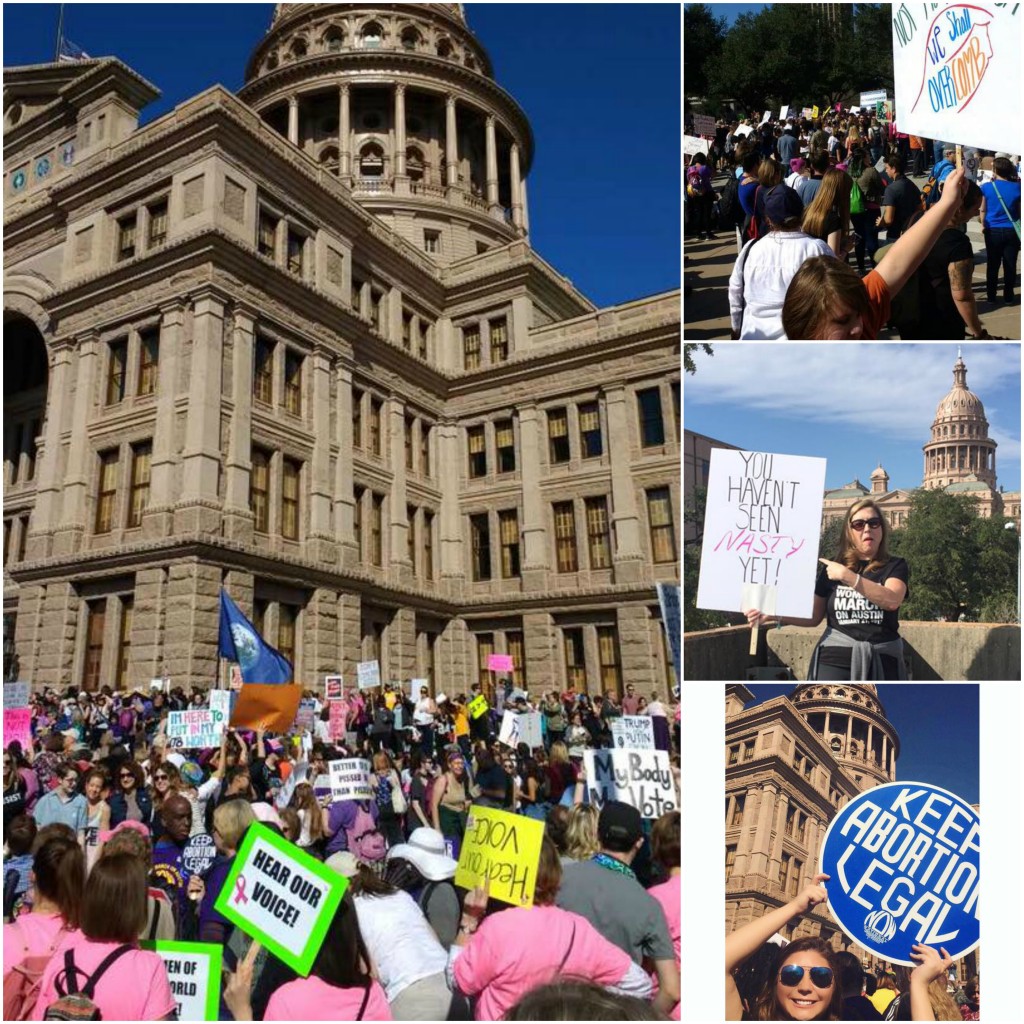 On Saturday my grandmother, my mother, my sister, my brother and I marched with more than 1 million people around the world.  This, the largest feminist mobilization in decades, took place on all 7 continents. Our message was clear: the feminist future is now, and we’re here to fuck shit up.

The next day, I celebrated the 44th anniversary of the Roe v. Wade Supreme Court case with fellow marchers. We fortified our determination to protect this constitutional guarantee of bodily autonomy for all. Today, feminists are united in stopping this week’s first anti-feminist, anti-choice push by the Trump administration: making the Hyde Amendment codified law.

This amendment was first instituted in 1976 and banned the use of federal funds for abortion except in cases where the life of the pregnant person was in danger. Since that time, this targeted attack on trans and queer women, low-income women and women of color has disproportionately served to bar them from accessing abortion. This week, the ONLY thing the US House of Representatives is voting on is a bill that would make the Hyde Amendment permanent law, called H.R.7 “No Taxpayer Funding for Abortion and Abortion Insurance Full Disclosure Act of 2017”.

I was high on adrenaline during the march on Saturday because the signs around me so directly and unapologetically addressed the reasons we marched. Feminists demand the ability to chose if, when, and how to parent. We demand equal access and opportunity for all to safely raise healthy families, whatever shape they take, free from the threats of climate change, police brutality, and poverty. We envision a world where an individuals’ value is not judged by if and how they sell their labor for profit. We envision a world without borders and prisons. We demand care for and preservation of our earth. We demand equal recognition and protection for feminized labor, including sex work. We insist on birth control and abortion on demand and without apology.

H.R.7 and the Hyde Amendment stand in direct opposition to these principles. H.R.7 would deny women and people abortion coverage just because they were poor, therefore punishing them and their families. It makes health care a weapon that the Trump-Pence Administration brandishes to cut down and shame people needing abortion.

Not only is H.R.7 a blatant attack on civil liberties, research shows its consequences are disproportionately disastrous for low income women. One if four poor women seeking an abortion is forced to carry to term due because of the Hyde Amendment. These women are more likely to fall into poverty than their sisters who can access abortion. 58 percent of reproductive age women using Medicaid or CHIP live in states that deny abortion coverage except in limited circumstance. More than half of these reproductive age women –51 percent– are women of color. These facts illustrate how H.R.7 targets women of color in particular.

In order to secure our feminist future we have to halt the Hyde amendment NOW:

The force of the momentum generated by the marches will flow into state houses across the globe until laws like H.R. 7 are completely drowned.