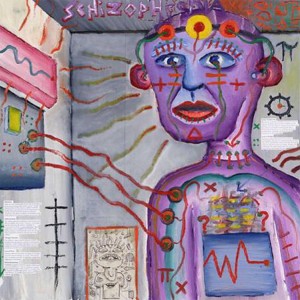 Whatever one suffers from, mental illness has always been the elephant in the room, especially in the African-American community. It’s taboo, something to be brushed off, kept quiet, a simple “storm or phase” that a person is going through.

But the African-American community has been caught in a vicious storm for as long as I can remember.

Slavery was the beginning of a long history of mental abuse, with slave masters raping, killing, beating, and verbally and physically abusing African-Americans, which gave many Black the mentality not to show weakness and survive this inhumanity. This long suffering abuse (something which America tells us to simply ‘get over’ in various ways through the media and government treatment) did not go away when slavery was abolished. According to the U.S Department of Health and Human Services (Office of Minority Services), African Americans are 20% more likely to have more severe psychological distress than non-Hispanic Whites. African-Americans are also at a disproportionate disadvantage concerning poverty level and joblessness. The stigma is large, fearful, and painful.

An excellent example at the stigma and tragedy of Blacks fighting mental illness is Kalief Browder. In a haunting narrative published by Jennifer Gonnerman in The New Yorker, she tells the story of Browder.

Kalief Browder was a Black man from Brooklyn, New York who was jailed in 2010 at the age 16 at Rikers Island for a robbery he didn’t commit. During that time, he endured solitary confinement for two years and tried to end his life several times, once ripping his bedsheets into strips and trying to hang himself from the light fixture in his cell in 2012.

Fast forward through 2013 and 2014, where his case of getting kicked and tortured by inmates and police caught the attention of celebrities like Jay-Z and Rosie O Donnell and prompted Mayor Bill De Blasio to try and reform the court system that had jailed Browder for so long. During this time, Browder attended Bronx Community College and seemed happier, finally rid of his demons. But demons always have a way of catching you.

In early June of this year, Browder committed suicide by hanging. His family was left with so many unanswered questions, including whether the medicine he was taking contributed to his decision to commit suicide or prolonged his life.

Unfortunately, we’ll never know. Browder is only one of many Black people who took their lives due to mental illness.

I could’ve easily been Browder — and that thought alone is scary.

I was diagnosed with clinical depression my junior year of high school. It didn’t hit me until college. Usually smart and studious, I would sleep and miss my classes, close my blinds and keep the sun away, isolate myself and push away friends — people who wanted to lift me up. But I wanted to stay down.

I was eventually given an antidepressant to help me cope, but the stigma of taking a pill to help you not be crazy is a pride thing. I take my medicine but always struggle cause I hate it. I’ve read stories and know personal accounts of issues worse than mine and it hurts. Depression feels like you’re drowning, but no one sees you. It’s like being trapped in your own mind with no escape. People tell me all the time to be optimistic, get some sun, etc, but how can I smile and breathe when there are demons sitting on my lungs? This isn’t a phase or the blues — it’s feeling unloved, alone in a crowded room and mental clutter 24/7.

The recent and continued police brutality against people of color is a depression trigger factor for me, too. It gets better, trust me. But it seldom gets easier. I’m in a content place as of late, but there are days when I slip back into sleeping, not eating, not moving, just wishing I wasn’t here.

That’s why mental illness is a reproductive justice issue — it affects your ability to make decisions for your body, career, and life. It can take over your life and leave it like an overgrown, rotten garden if you let it.

Mental health is more important than school, your job, everything. The mind must be clear for a person to fully live and not simply exist. But understand that it’s okay to not be okay. Cry, binge eat, punch walls if you have to, but don’t stay in the dark. Believe it or not, you’re not alone. There’s plenty of resources to help. Go to a doctor. Get medicated if you have to. Eat well, get sleep, do things that feel good to your soul. Turn off the media — social, print, TV if it’s triggering sometimes. All mental health matters, but as an African-American, ours is often brushed off because we’re supposed to “be strong” and “bury it and survive.” How can we if we see each other get killed every day on top of trying to live ourselves? Black people are in a crucial part of history right now, with cultural appropriation, police brutality, poverty and etc. We’re hurting everywhere — in college, on our job, at home. We’re forced to be quiet about it cause that’s been our racial and cultural identity.

Get help. Be loud. Don’t let mental illness take you under the waves. In the words of famous poet Lucille Clifton:

“Won’t you celebrate with me that everyday something has tried to kill me and had failed?”

Take care of yourself, and remember to love yourself, always, all ways.

One Response to “Beauty and the Beast: Kalief Browder, Mental Illness and the Black Community”