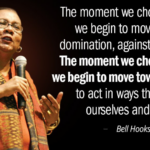 What encouraged you to become an artist? The friendships I made as a teenager with other kids who were passionate about art. We all egged each other on and supported each other and we’re all in the professional art world today as 30 year olds. My studio, Helioscope, has been absolutely invaluable in teaching me how to turn my creativity into a career. My community encouraged and enabled me to become an artist, really. What is one of your favorite pieces that you have created over the years? Collaborating weekly with Matthew Nolan on our comic Oh Joy Sex Toy is my proudest achievement of my life. In addition to that, I’ve spent the last several years making very slow progress on a painting and print series called Venerable Vegetable…. Read more »

Name: Lourdes Ashley Hunter Pronouns: Goddess Queen Sister Career: Academic, Orator, Creator, Producer, Consultant. Executive Director,  Trans Women of Color Collective; B.A. Social Theory, Structure and Change with concentrations in Race, Class and Gender Studies, Executive Masters of Public Administration. What journey did you take to obtaining the job position you have currently? I’m originally from Detroit, Michigan.  My mom worked at Chrysler for about 20 years, and was active in the United Auto Workers Union and the the Black Church.  I grew up in a household that honored ancestors, culture, liberation work, community service, healing and restorative justice.   I can remember going to Union rallies, meetings, marches and protests with my mom as a very small child.  I have actively engaged in grassroots community organizing all of my life.  For about 10… Read more »

Across America we see LGBTQ folks tackling discrimination and expanding diversity in the workplace. Often times, that diversity only represents gays and lesbians, leaving out the trans community. It’s time to shine light on the varied careers of trans women and men who have made a way for themselves and their young counterparts. Public figures like Laverne Cox, Janet Mock, and Tiq Milan are an inspiration to trans folks, who have rarely seen themselves in the media. But we can’t be satisfied with spotlighting only a few successful people from the trans community. There are so many more brilliant trans professionals in everyday career fields who should be visible to trans youth, as well. Trans folks are actively showing resilience and success in business, and young people deserve to see… Read more » 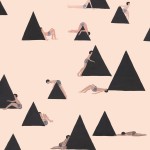 Art and the creators behind some of our favorite work have changed as digital media maintains its hold on audiences the world over. Instagram has become the world’s museum, and finding and appreciating art has become easier than ever. This summer, we want to take a minute to appreciate some of our favorite artists who create work that inspires and excites us as reproductive justice advocates, intersectional feminists, and culture agitators. Click here to see more from the Artists We Love series. Artist: Laura Berger, Painter What encouraged you to become an artist? I was always active in a lot of creative things growing up — I painted, drew, did theatre, sang, danced, and played instruments.  When I was 27, my father got ill at age 60 and died quite suddenly. … Read more » 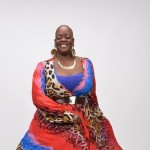 Art and the creators behind some of our favorite work have changed as digital media maintains its hold on audiences the world over. Instagram has become the world’s museum, and finding and appreciating art has become easier than ever. This summer, we want to take a minute to appreciate some of our favorite artists who create work that inspires and excites us as reproductive justice advocates, intersectional feminists, and culture agitators. Click here to see more from the Artists We Love series. Artist: Sonya Renee, Writer What encouraged you to become an artist? I have always been an artist since I was a child. I started writing poetry in 6th grade. I went to performing arts schools from middle school through high school. I sang in Concert Choir and did plays… Read more »

Uncovering Undercover Colors: A Cosmetic Fix to a Systemic Problem

Undercover Colors, a nail polish that can detect date-rape drugs (also known as benzodiazepines) in potential rape victim’s drinks, has proven to be highly controversial throughout mainstream media and the feminist blogosphere. The product invented by invented by four male undergraduates at North Carolina State University, is being marketed towards female identifying individuals to use to prevent their own rape. Like the many rape-prevention products that have come before it, under this nail polish’s cover of empowerment is just another product that functions to place victims of rape, harassment, and assault at blame. This cosmetic could be genuinely helpful and a great product for those who like to wear nail polish, those who can afford to buy it, and those in situations where benzodiazepines are involved. The service it will… Read more »

Looking Back: (Almost) A Year of Blogging

Last July, I hopped on a plane to attend the Choice USA National Conference, where I met an engaged community of young people working and organizing for reproductive justice all over the country.  These amazing young people organized in their schools and communities for things like increasing access to sex education and resources for trans* individuals, they marched against sexual assault, they organized LGBTQ-positive events on their campus.  They were doing the important work necessary to expand and protect reproductive justice for all people in this country and I got to spend several days with them in the nation’s capital, learning and sharing. Since that conference, I have been continually inspired by the ChoiceUSA community in my year blogging for ChoiceWords.  Through this blog, I got to share my opinions… Read more »

One of those funny things that’s sometimes forgotten about being young is that you’ll pretty much take what you see at face value. Not that we don’t question the world around us, but if something is happening all around young people, every weekend, and people call it hooking up or they call it dancing or they call it flirting, it’s pretty easy to simply believe them. So when I was 18 and dancing with a boy at that party and he moved quickly to put his hands up my skirt without even showing me his face, I thought that’s just what happened when you “accepted” (read: didn’t reject) a dance partner. When at age 19 a guy I worked with got me alone and asked for “just one touch,” then… Read more »