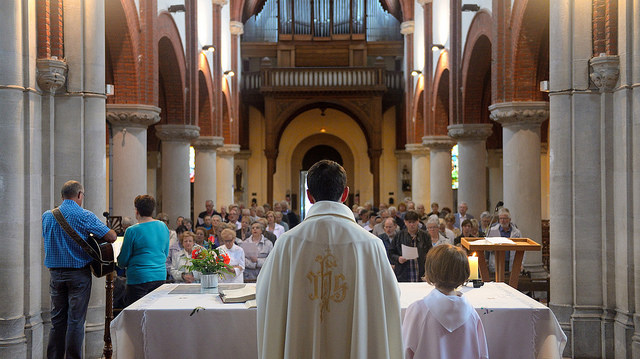 If you’re someone even just mildly paying attention to the news lately, chances are you’ve heard about Kim Davis. The county clerk decided that her religious beliefs supersede the rights of same-sex couples to enjoy equal protection under the law. Unfortunately, people like Kim Davis are trying to claim the First Amendment right of freedom of religion as an excuse to hate and act “un-Christian.”

When it comes to religion, I fall into the agnostic and undecided category. I’ve been curious about and researched various religions, mainly the big three. The ideals of loving people regardless of their mistakes or background is a common theme, especially in Christianity, so why do non-religious people automatically associate Catholicism and Christianity with hate? Personally, being someone who is openly bisexual and a raging liberal in the Bible Belt, I’ve experienced a lot of the bully-style conversion attempts. I’ve been called an atheist like it’s a dirty word and been told by these Christians that, if they didn’t do these things and get me to convert, I would be going to Hell. Fear of burning for eternity is not how to convert someone. Forcing someone to convert is not how you convert someone. Conversion is best done by leaving an open door. When you start bullying someone into ‘faith,’ you tarnish the loving reputation of your religion.

Love is the overarching theme of the religion, so when I hear about people like Kim Davis taking it upon themselves to warp Christianity to advance their own ideas and opinions on marriage, I can only think about how un-Christian they are. Just based on the information I’ve gathered from being friends with good practicing Christians, when you prohibit same-sex couples from being together, you’re restricting how they feel ‘God’s love.’

Because of this hypocrisy that has diseased an originally pure religion, countless numbers of people would never consider Christianity when looking into different religions. The idea of Christianity is to be loving and accepting, not to foster a hero-complex and try to save people. I thought Jesus was supposed to be the one doing the saving anyway.