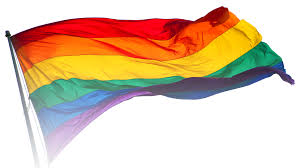 Florida has a lot of great things: fresh citrus, Disney World and some really nice beaches. But on January 5, we might get something even better—the right for same-sex couples to marry!

Brenner v. Scott was filed on behalf of a same-sex couple trying to have their Canadian marriage recognized by the state. If the couple’s marriage was not recognized, they could not designate each other as spouses for a retirement benefits program.

In response to the cases, Hinkle ordered an injunction for Florida’s same-sex marriage ban, recognizing it as unconstitutional. This would also recognize same-sex marriages in other states—so the couple in Brenner v. Scott’s marriage would be recognized, even if it took place in Canada.

After that decision, though, the District Court placed a stay to allow time for appeals. That stay is set to expire on January 5. Effectively, this means that same-sex couples should be able to get married in January.

Two weeks ago, however, Florida’s Attorney General, Pam Bondi, filed an appeal with the 11th Circuit Court of Appeals to extend the stay. Effectively, this would keep same-sex marriages from being legal in Florida.

Basically, they wanted to extend the stay and slow down same-sex marriage. The order also says that the court denied the motion and “the stay of preliminary inunctions entered by the District Court expires at the end of the day on January 5, 2015.”

Equality Florida, a group that focuses on equality and justice for Florida’s LGBTQ community, has been celebrating the strides in marriage freedom. They’ve posted an FAQ about Florida marriage laws in order to educate people, as well as a “wedding registry.”

“We are thrilled that the 11th Circuit has denied the state’s request to delay marriages in Florida,” said Nadine Smith, CEO of Equality Florida, in a press release. “Every day of delay is another day of harm experienced by thousands of loving and committed same-sex couples in Florida. Now it’s time to break out the wedding bells. Florida is ready for the freedom to marry!”

Bondi continued her fight to stop same-sex marriage in Florida, though. Yesterday, her office appealed the Supreme Court to extend the stay as well. The Supreme Court has not issued a response, but they have said no to similar requests from other states.

If the Supreme Court does not step in, and lets the stay expire on January 5, same-sex couples around the state could effectively get married on January 6.

One of my friends said that if Florida manages to get marriage this way, “it will be strange and unlike the rest of the states.

“In other words, typical Florida,” he finished.