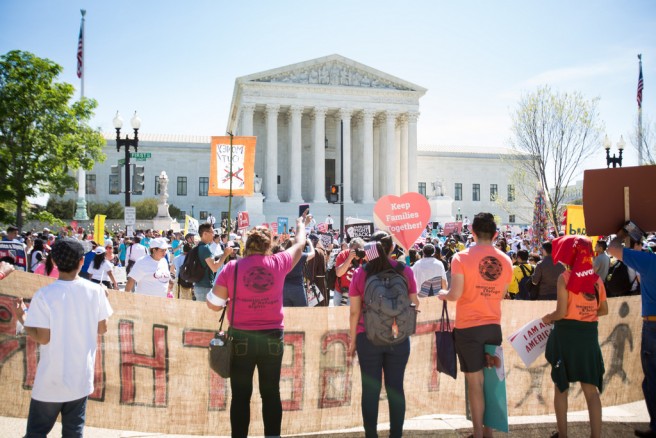 In the 6 days following the historic inauguration of former reality television turned president, Donald Trump, 12 executive orders have been signed and there is no telling if the number will grow. The signing of these executive orders signify much of what can be expected of the new Trump administration.

The administration would, for one, rather utilize federal tax dollars in order to fund a border wall between the U.S. and Mexico than support organizations that provide or even discuss abortion. And while the decision to reinstate the Global Gag rule and “build the wall” are not surprising after the last year of Trump’s campaign, they are important insights into who and what will be valued over the next 4 years.

President Trumps decision to move forward with the building of a border wall between the United States and Mexico comes directly at the expense of Americans. Though during his candidacy Trump reassured American’s that Mexico would pay for the wall, the truth has finally come out as he recently directed federal funds to go toward the wall. Not only is this a direct violation of his supporters and non-supporters trust but it also means the start of terrible diplomacy with Mexico – which continues to be one of the nation’s closest allies.

Of course, it also sends a terrible message it sends to Mexican-Americans and Mexican immigrants within the United States. The wall says, “You are here, and you are lucky because no more of your kind are welcome.” It also begs the question, what travesties are awaiting more immigration reform?

But the problems do not end there.

It is clear that with executive orders calling for the construction of the Dakota Access Pipeline, even after the U.S. Army Corps called for an end to it, that Native lives will once again be an afterthought of the Trump administration. Rather than working to make America “great” again for Natives, Trump will instead continue his support for big business and corporations at the expense of those who are more American than he ever will be.

And thus the Trump administration’s hypocrisy continues. According to them, the is being built to protect Americans from the horrors of foreign “rapists” and “murders” and yet, Natives have more than imagined drug cartels to worry about. These Americans will instead fight for the future of their water supply and tribal sovereignty.

And, as if that were not enough of a reason to call BS there remains the reinstatement of the Global Gag rule.

Repealed by President Obama, the law states that no non-governmental organization that receives funding from the U.S. government may provide abortion or even talk about abortion.

This will have detrimental affects on poor women, women of color, and all oppressed persons who can get pregnant all over the world. What it will also do is once again prioritize rich and white women who will continue to have abortions because they can afford them.

So, in 6 days the United States has asserted that

Trump’s hypocrisy must be not only called out but also documented. His legislation should be scrutinized and protested because the only Americans that benefit from the newer “greater” America seem to be the same who reap the benefits currently.