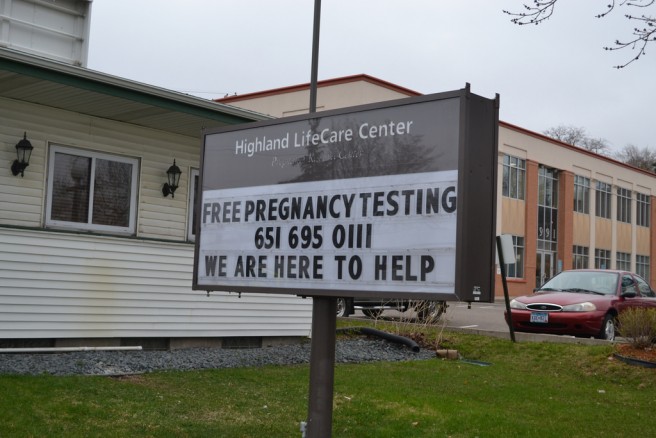 On July 1 the state of Ohio’s fiscal year 2018 budget took effect, providing $1,000,000 in funding to crisis pregnancy centers. Crisis pregnancy centers, or CPCs, are notorious for counselling people against choosing abortion, despite the fact that it is a safe method of healthcare. By contrast, Ohio only contributes money to clinics and organizations that provide abortions in cases of rape, incest, or to save the life of the mother. In all other cases, these clinics and the patients that seek their services are on their own.

Most CPCs are run by Christian churches or organizations with the sole goal of steering people away from abortions. They are well known for distributing distorted or completely false information about a number of reproductive health issues, from abortion to condoms to STIs.

While a few CPCs are licensed as medical centers, the vast majority are not–and aren’t required to be. Only centers that are properly licensed and have doctors affiliated with them can perform sonograms, however, even those that are not licensed tend to masquerade pretty convincingly as legitimate medical establishments. However, the unlicensed clinics are free to give their patients as much misleading or incorrect information as they please. It can be very hard for patients, especially young people, seeking real prenatal care and an unbiased list of their options to tell the difference between the clinics that will give them the resources they deserve, and those that will not. The $1 million check given to crisis pregnancy centers this fiscal year will only perpetuate this issue.

As a young person in Ohio, I can see the problems my peers face as a result of inadequate or inaccurate information about reproductive health. Many people my age don’t know nearly as much as they should about different ways to prevent pregnancy and STIs, or what to do if they encounter either of those situations. In the small town where I attend college, one of the first things new students see when walking down the main road is a blue sign pointing up to a second floor building with the name of a clinic and an advertisement for free pregnancy tests. Many take note of this, thinking it would be a good resource to utilize if they were to find themselves in an unexpected and undesired situation. Unfortunately, this clinic is a crisis pregnancy center. It hides in plain sight on the most frequently traveled street in town, where no one thinks much about it until they are in desperate need of the kind of unbiased advice they won’t find up that flight of stairs.

The ratio of abortion providers to CPCs in Ohio also promotes the spread of misinformation. There are currently only seven abortion providers in the entire state, compared to over 150 CPCs. This means that a person seeking prenatal counseling is overwhelmingly likely to only encounter false information designed specifically to steer them away from an abortion.

Some CPCs do provide valuable services, such as parenting classes, connections with adoption agencies, and even financial assistance, but the fact remains that they are doing a fundamental disservice to their community by not providing a complete and accurate explanation of options.

The money that goes toward crisis pregnancy centers comes from license plate purchases in the state of Ohio. When purchasing a license plates, Ohioans are able to select “choose life” license plates. A portion of the proceeds from these license plate sales goes into a fund that is then distributed to CPCs across the state.

I am disappointed that my state’s government would devote so much money to organizations that provide medically inaccurate and incomplete information. Giving these funds to CPCs, as opposed to organizations that provide more complete and accurate medical information and whose practices are more closely monitored, will only hurt Ohioans. It will contribute to the stigma surrounding reproductive health, and will make it even harder for many people to access abortion.

Having as much accurate information on reproductive health as possible is vital if young people are going to keep themselves safe and healthy. We deserve a government that recognizes our right to control our own health. But by giving CPCs an  influx of money, our state officials have only made the lack of accurate information and abundance of stigmatizing lies a bigger problem.

written by Karinne Hill. Karinne Hill is a junior at Ohio University where she studies Sociology-Criminology and Women’s, Gender and Sexuality Studies and is the president of an organization that works to provide menstrual products to the community. She is originally from Cincinnati, Ohio.