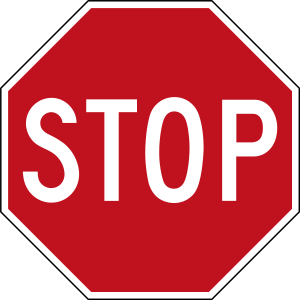 Sometimes you get a harsh reminder that rape culture is alive and well. Far too often that reminder is on facebook.

I considered refraining from saying anything about this because my head was spinning and I honestly couldn’t figure out how to put my thoughts, anger, and frustration into words. But it’s been several days now and I can form coherent sentences about this, and I want to share. I wish I had taken screenshots of the post I’m about to describe, but I was too shocked at the time and it goes without saying that I have since unfriended the person in question.

The other day, I was mindlessly scrolling through Facebook, as I often do, when I saw that an acquaintance had posted the following status: “Rape is a victimless crime.”

I’ll admit, I almost took the bait and commented because seriously, what? Was this a joke? Or were they actually that ignorant? (Spoiler: It’s not a joke.) Luckily for me, someone else had already beaten me to the punch with a simple, “Explain?” (Which is a hell of a lot nicer than what I had planned on saying.)

The original poster replied with, “Rape is just sex. Everybody wins when it comes to sex, so there’s no victim.”

The commenter, clearly on the same page as me, said, “You’ve got to be kidding.”

The rest of the exchange (well, what I saw of it, anyway) went like this:

Person 1: “No, not joking. If anybody is the victim, it’s the alleged ‘rapist.’ Sex is natural so they shouldn’t be punished for wanting it.”

Person 1: “I’m only calling it a crime because that’s how society sees it. I don’t really think it’s a crime. Sex is sex.”

And that’s when I stopped reading and hit unfriend.

I couldn’t believe it. I’ve seen just about every argument in defense of rape (and believe me, there’s way more than there should be!) but this was something new. I have listened to similar ridiculous statements—“the victim wanted it too,” for instance—but I don’t think I’d ever seen someone use the defense that rape is sex and sex is good so rape is good.

When you think about it, that doesn’t even make sense! That’s like saying that penicillin comes from certain types of mold and penicillin is good (unless, like me, you’re allergic to it) so all mold is good. I don’t know about you, but I like to stay away from moldy things.

I know this has been said way too many times, but the sad thing is that people have to keep saying it, so for quite possibly the millionth time this year, here it is:

Rape is not okay.