As a black woman, I have a deep-seated anger for people who attempt to emphasize the qualities that all black women should have to be more desirable on social circles. Those who criticize their poise, their grace, their idea of elegance use blatant misogynoir to disprove the humanity of black women. This dissatisfaction of black women comes from many people, including black men and black women. One black woman who is gaining momentum for her views on black women, equality and sexual and reproductive freedom: Ro Elori Cutno. Ro Elori Cutno is the author of Man Leads, Woman Follows, Everyone Wins that claims to be a manifesto for black woman to keep a man. While Cutno claims to be an expert and professional consultant of culture and language, her rhetoric… Read more »

The Best Rape Joke I Ever Heard

Trigger warning: rape, violent language Yes, you read that title correctly. But let me explain. I couldn’t sleep a few weeks ago and was looking through videos on one of my favorite websites, Everyday Feminism, when I stumbled across this slam poem that absolutely took my breath away. I can’t tell you exactly how many times I’ve watched it since first discovering it, but the number is in the dozens. The poets call out many of the worst aspects of rape culture. For instance: “Don’t worry, we’re good victims. We won’t cry too loud, or demand your attention, or ask for trigger warnings.” I personally think trigger warnings are wonderful, and as someone who is triggered by certain things, I find them incredibly helpful sometimes. Unfortunately, there are many who… Read more »

Trigger warning for discussion of rape/sexual violence and rape culture. There are four truths about rape that seem to escape or get ignored by the collective conscious: Rape is real. Rape is not sex. There is no such thing as an “actual” (or a “true” or a “real” or a “legitimate”) rape. Anyone of any gender can rape anyone else of any gender. Yes, the overwhelming majority of people sexually assaulted are women. Yes, most people know their rapist, either because they are a friend, an acquaintance, or a relative. Yes, most rapes are “non-violent” in the sense that a weapon is not used by the rapist against the person they are attacking. Yes, rape is considerably under-reported. However, none of these facts invalidate rapes that are committed against men… Read more »

The issue of street harassment and catcalling has been one that’s been making the rounds in the media, particularly social media. Several videos and articles, including this video, have gone viral. Showing the numerous instances of street harassment faced by one woman walking down the street in New York City, it shows that the experiences of some women and their interactions with strangers can be unsettling or even frightening at times. My fellow URGE blogger Caitlin also wrote about this video last week, talking about the possibly unintentional but totally real racial bias presented in the video. Since this is an issue that nearly all women face in some form, and also since there is a significant portion of men who don’t understand this issue, I thought we should have… Read more » 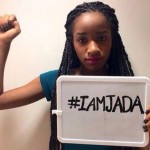 What it means to be a “Man of Strength”

“Pray not for easy lives, pray to be stronger men.” President John F. Kennedy once said these famous words while the United States sat on the edge of nuclear war. Of course, at the time he was referring to strength in reference to national resolve and fortitude. In his gendered statement he was expressing desire for Americans to hold strong to national values of freedom and peaceful compromise. Our modern world is sitting on the edge of a very different type of abyss. This is one formed not by nuclear bombs, but by a culture that has been systematically damaging the way men and women interact for decades. This culture is one that is too tolerant of objectification and dehumanization of women. Evidence of this tolerance can be seen everywhere… Read more »

We’re All Anti-Rape, But Are We All Anti Anti-Rape Wear?

The feminist internet blew up last week in response to AR Wear, a company that purports to offer a product “that will offer better protection against some attempted rapes while the work of changing society’s rape culture moves forward.”  They are essentially anti-rape underwear – shorts that can’t be removed or cut off the body in the hopes of stopping a potential rape from happening.

Drinking, My Campus, and Sexual Assault: Or Why (Some) Men Don’t Care

A little over a week ago, an article by Al Jazeera featuring students from the University of Kansas—my campus—caused an uproar with my fellow student body members. Mostly because it features some dude-bros admitting that they actively eschew the notion of consent and use alcohol as an excuse to cover up assault. I could rehash the article, or link to the video that originally was featured with the article (and is now, apparently, gone from the website. Somebody has a wealthy lawyer in the family). But, I think I might just take the words right out of the bros’ mouths. A couple choice quotes: “There’s nights where we go out and we wake up and we are with a girl and we don’t remember anything from the night before, like,… Read more »