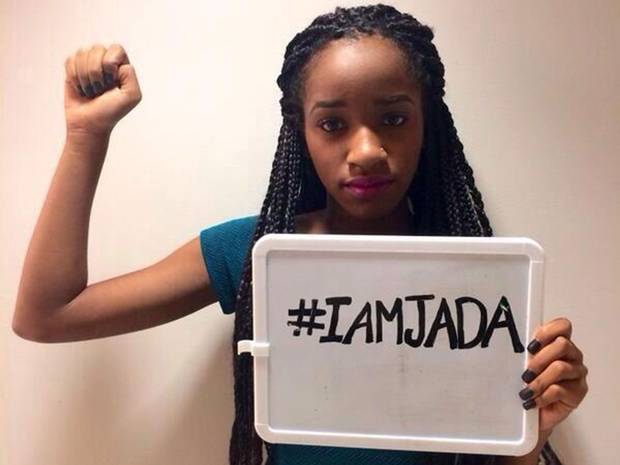 Nothing about the photo that originated the #JadaPose trend is funny.

In the picture, which launched the disgusting meme of young people (typically men) recreating the scene depicted, a young Black woman lies splayed out on the floor of a house in Houston, Texas. Her clothing has been removed, her limbs are positioned unnaturally, and she appears to be unconscious. But despite the disturbing nature of the picture, a group of people found something about the photo humorous. It began getting passed around social media (with jokes about women being out of control attached), and people began to pose on the floor in the same position, mocking Jada.

Coverage of what happened to Jada has been similar to the coverage of the infamous Steubenville case that happened last year. Since reporting on the meme began, the backlash against those who started the #JadaPose hashtag has been swift and ruthless, and support for Jada has been overwhelming. The young men who took advantage of Jada have been criticized by every major media outlet, and Jada has become a symbol of strength for young women everywhere who fight against rape culture. But there is a fundamental difference between Jada and the young woman in Steubenville: Jada is Black. And though the discussion of Jada’s story has largely ignored race up to this point, the fact that she is a Black woman matters.

American culture has a long and ugly history regarding the sexualization of Black women. There exists in our society an undercutting narrative that Black women are, by their very nature, more promiscuous than white women, and this narrative has resurfaced time and time again. In her book “Sister Citizen: Shame, Stereotypes and Black Women in America,” Melissa Harris-Perry outlines the way Southern slave-holding society originally created this stereotype. She explains how the Victorian ideal of womanhood required all women be pious, pure, submissive and weak. Black women did not fit into this narrative: they were auctioned off, naked, to slaveholders; they worked tirelessly in the fields, in clothing that would be considered uncivilized if any white woman were to wear it; they were whipped, publicly, in partial or full nudity. In order to justify that Black women deserved this treatment, antebellum society constructed a narrative that made Black women less than white women.  “The idea that Black women were hypersexual beings created space for white moral superiority by justifying the brutality of Southern white men,” says Harris-Perry.

Though we have evolved in immeasurable ways since that time, this narrative still exists today. One glaring example of the way in which Black women’s perceived sexual nature currently affects us is the cultural opposition of welfare. Political scientist Martin Gilens states that central to this opposition is the long-held belief that Black women cannot (or will not) control their fertility, having sex with multiple partners and giving birth to children that must then be cared for through social welfare programs. Concluding her discussion of the sexualization of Black women, Harris-Perry dispels the idea that connections between pre-Civil War ideals and current welfare policy are questionable:

This is the narrative that told those young men that Jada deserved to be ridiculed. The social construct that Black women cannot control their sexuality is what made the image of Jada splayed out on the floor humorous to those who passed it around twitter. The students in Ohio realized very quickly their actions would have far reaching consequences; tweets were deleted and cell phone histories were wiped long before the media began covering the case. The people ridiculing Jada did not have any such realization. Those making fun of Jada did not see anything wrong with what they were doing until the backlash began.

Jada’s race is part of her story, and by not talking about it we invalidate an important aspect of what happened to her. Black women have never been viewed the same as white women, and still aren’t today. By bringing race into the conversation, we can began to understand what happened to Jada better – and through that understanding, we can begin to fight back against the negative culture that allowed #JadaPose to happen. 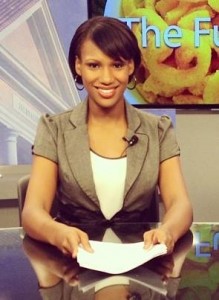 Logan Anderson is the Summer Communications Intern for URGE. She is a rising senior at Louisiana State University, studying Mass Communication with a minor in Political Science. Follow her on Twitter @LoganD_Anderson.