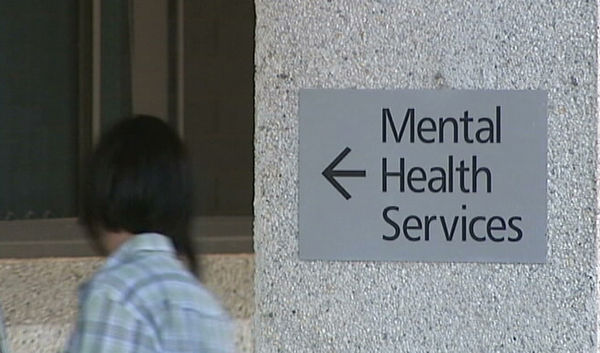 As yet another mass shooting occurs, we are faced with the same bullshit excuse that we hear every time a white man commits one of these heinous acts; it must be mental illness.

I am SO tired of the media throwing the mentally ill under the bus as a cop-out to avoid discussing the real issues of gun control and toxic masculinity in America.

A Salon article written by Arthur Chu (which is actually the article that inspired me to write this post) discusses how after the Sandy Hook incident the NRA claimed that creating a national registry of firearms owners was a threat to the safety of the citizens, but a registry of the mentally ill was acceptable. Chu goes on to say,

We’ve successfully created a world so topsy-turvy that seeking medical help for depression or anxiety is apparently stronger evidence of violent tendencies than going out and purchasing a weapon whose only purpose is committing acts of violence.

Even John Oliver argues that blaming these incidents on mental illness is grossly inaccurate and “deeply misleading.”

The only time mental health is widely discussed in the media is when they are trying to use it as an excuse for some sort of horrible action. The media uses the term “mental illness” to move the conversation away from gun control (Because for some reason, America is so set on having its guns regardless of how many horrible things happen as a result of them).

The media also uses the term “mental illness” to ignore the larger issue of societal pressures and toxic masculinity in the US. For instance, there has been over 70 mass shootings in the past 33 years. All but one of these shootings were perpetrated by men, the majority of which were white. And the killers possessed over 143 guns among them, where more than three-fourths of which were obtained legally.

These similarities are important to mention because they say a lot about the potential societal pressures that pushed these men and boys to act out in these fits of rage. The common factor seems to be a warped sense of masculinity. Masculinity associated with violence, weapons,  aggression, revenge, and militarism.

As Megan Murphy puts it, “When men commit violence, they’re fulfilling expectations of their gender.”

In an interview between  Murphy and Jackson Katz, Kat’z says,

They learn to shut up and take it like a man. They also learn that they are entitled to certain things in this world: financial success, access to women, power – when they can’t acquire these things, what happens? Well, sometimes, apparently, they seethe. And without any other tools to deal with their anger and resentment, some men resort to violence.

Using mental illness as a cop-out for these larger issues only further perpetuates the stigma associated with mental illness. This is particularly harmful to young adults with mental illnesses. It is both unfair and unjust to automatically call every person (in this case specifically, every white male) that commits a crime “mentally ill.”

Study after study shows that the stigma associated with mental illness can be one of the leading causes of people not seeking help. People are told to be ashamed and told that they may then be unstable and more capable of violent tendencies. This stigma not only worsens the well-being of the person, but also increases the chance of suicide.

By calling out these acts of violence for what they are and discussing these important issues, we can stop reinforcing this negative and inaccurate stereotype associated with mental illness. Let’s talk about the bigger issues. Let’s discuss gun control and the pressures that drive men to do something so evil. Let’s support and offer help to those in our communities with mental illnesses. It’s time to change the conversation.