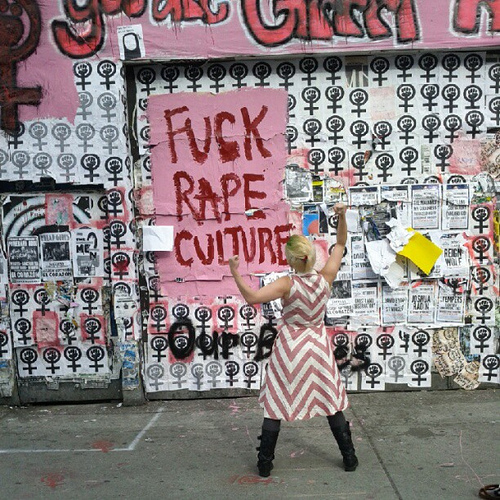 Earlier this month articles started circulating about the devil himself – Brock Turner (but don’t worry this article isn’t about him). News had broken that Turner, who raped an unconscious woman, was released from jail after serving just three months of his ridiculously short six-month jail sentence. After Turner’s release, a familiar series of Facebook posts and tweets found themselves populating just about everyone’s news feed. Posts with captions like: “Brock Turner served 3 months, this black man is serving 15 years for the same crime,” hinted at the social media and cultural storm that would soon follow Brock Turner and his post-conviction life.

People were, and still are, rightfully upset with the blatant racial inequality and discrimination in the criminal justice system. But this article isn’t about that either, though it is an immensely serious and important topic. This article is about the now pervasive and provocative question facing our criminal justice system: Is there a jail sentence long enough to undo the damage rapists and those who commit sexual assault have done?

A friend of mine once asked me, “Do you really think rapists deserve life in prison? Like murderers?” And in that moment I found myself feeling the same, familiar unease I get whenever I see social media memes comparing Turner’s 3-month sentence to a black man’s 15-year sentence. I found myself asking: are these folks saying justice would be served if Turner was sentenced to 15 years or that the other man’s sentence should have only been 3 months? The answer? I don’t have one, and that’s scary.

The notion that sexual assault is a better crime to be a victim of than murder is both twisted and fundamentally flawed. When one’s bodily autonomy is taken from them, a vicious cycle of pain and confusion ensues. So how long is long enough to pay for stealing someone’s autonomy from them?

If we are to consider our bodies our property, then some might think it is easy to move on after bodily autonomy is stolen from us. Property can be replaced, it can be appraised for value and bought back. But our bodies cannot be replaced. They can be altered and changed, but we carry them through life and they are significant. So when someone, such as a survivor of sexual assault, is forced to live in a vessel that they feel  they no longer have control  over or can take ownership of, they lose their freedom.

Homicide is treated so harshly because the effects are always visible. A person’s life has been taken. But the aftermath of a sexual assault however, can feel like a loss of life as well; the loss of the ability to do normal day to day activities, to feel safe in one’s home, one one’s campus or in one’s town, to have the sexual life you desire, and so much more.

My friend’s question still stays with me, and I still don’t have a straightforward answer, but I do know one thing. Our society — that protects and gives rapists the benefit of the doubt at the expense of a rape survivor — contributes to a loss of bodily autonomy that could be equated to the loss of life. Because living in a body that feels dead can feel as painful as death.