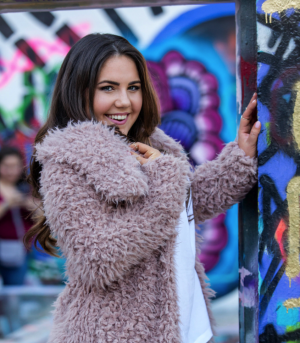 The Resistance is Strong (And Wholesome)

I was going to write a scathing piece on the importance of keeping second-trimester abortions accessible. In thinking about my plan of attack for the article, I felt like news and think pieces attacking the current administration are plentiful, but praise is not. As we come up on a year since the election, I thought that I would share some good news and work coming from the people of the resistance. I hope that you, my dear reader, take a few minutes to bask in the magic that is shared bonds over struggle and political opposition. I hope you hug somebody you love and take a moment between reading the news to do something you love. And I hope you appreciate this roundup of good news, by people who are… Read more »

Hacks for People with Vaginas that Nobody Told You

I am forever in awe of the bond forged between women on the basis of trading advice. There is a special place in my heart for every woman who has offered me a little tip that has, in some way, helped me out. So, in the spirit of feeling far away from home and from all of the women older than me who I love the most, I thought I’d share some hacks for anybody with a vagina to appreciate. If you are having sex for more than 30 minutes, change the condom First off, you go girl. Second, extended periods of friction can cause tearing. A nothing wrong with a little bump and grind, but long periods of it can make your protection non-effective. Make sure you don’t become… Read more »

When we talk about reasons that people use birth control, we love to validate it. A conversation around why contraceptives should be covered by insurance is not complete without a mention of how somebody uses it for their PCOS or intense periods or hormonal regulation. And while these are all entirely valid and necessary reasons to go on the pill or something of the sort, it is also valid to use it for what the name suggests: controlling birth. Though I’m stating the obvious, this discussion of birth control’s uses comes down to our society’s pervasive fear of women’s sexual pleasure. It seems like we’ve accepted that women are going to have sex, but haven’t gotten to the point yet where we can admit that women, just like people of… Read more »

When I think about my beloved home state, I think of many things: breakfast tacos, Selena, longhorns, wide open spaces, and crippling abortion restrictions. Seeing as I am newly minted Midwesterner for college, I have been catching up on Texas news this week to feel close to home. This week, a nonprofit government watchdog, The Campaign for Accountability, went to the District Attorney of Travis County (the county that Austin is in) with complaints against the anti-choice organization, the Heidi Group. Their filed complaint alleges that the group is guilty of theft by taking state funds for services that were never provided. After the state removed Planned Parenthood from its women’s health program in 2011, Texas saw a significant spike in births among low-income women, many of whom lost access… Read more »

Unsurprisingly, a majority of the catchy slogans adopted by the reproductive justice movement are cis woman-centric. It is easy to chant about ‘a woman’s right to choose,’ just because it has become an easy shorthand. What we fail to see in doing this is that we are neglecting to acknowledge that not everybody who seeks reproductive care identifies as a woman. I am guilty of it too: I attended the Women’s March in Austin this January and chanted along with the rest of the angry mobs, “Not the church! Not the State! Women must control their fate!” Of course, I agree with the sentiment of a woman’s self-determination. However, I also want to be a better advocate for trans and nonbinary folks, particularly those who need reproductive care. In retrospect,… Read more »