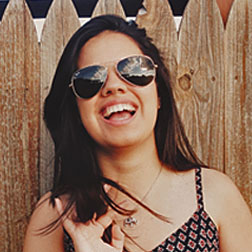 Favorite sex scene: I know this is not exactly a scene but most sex scenes in Orange is the New Black involve women having orgasms, that's empowering to me since we live in a world where women's orgasms are so commonly taboo or even considered a myth.

Hidden talent: I can read and write without vowels.

An open letter: How the Reproductive Justice movement taught me self-love

To anyone who struggles with what they see in the mirror, To anyone who finds themselves avoiding a mirror, To anyone who struggles with self-love, I recently learned I am a huge hypocrite when it comes to self-love. If I see someone tear themselves down, I’ll immediately intervene and do everything I can to reassure them of their worth. But when I look in the mirror, I tear myself down more than anyone. Being a reproductive justice activist, and  a part of URGE, has shown me that. I always knew it was important to help make other people feel good about themselves, but I didn’t see the value in making myself feel good; I thought it made me egotistical. I always told myself that looks didn’t matter anyway. I later… Read more » 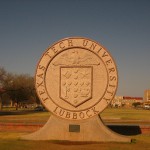 This week the city of Houston had the opportunity to make history in the Civil Rights movement with the HERO ordinance. The city failed to make these important strides forward with a 61 percent to 39 percent vote. The HERO Act stands for the Houston Equal Rights Ordinance and it would have prohibited discrimination in public restrooms, thus allowing trans-people to use restrooms they are comfortable with based on their gender identity. I think it’s safe to say the failure behind this failed ordinance is rooted in transphobia. Opponents of the ordinance said it made women more vulnerable to predators and former Houston Astros player Lance Berkman said transgender women are troubled men in a radio ad. This negative attitude and ignorance toward the trans community is what causes crucial… Read more »

The Impact of the “Badass” Women’s National Soccer Team

I’ve always found the saying “you play like a girl” one of the most ignorant “insults” someone could use. It’s pointless and the idea women cannot be just as athletic as men is outdated and I can’t believe it’s something we haven’t moved past already. But this summer, a phenomenal group of women showed the world what playing like a girl really means, and in doing so they became world champions. On Tuesday President Obama honored the U.S. Women’s National Team in the White House for winning the World Cup this summer. There is so much we can learn about inclusivity and athleticism from the example this team sets. I think it’s best summed up when the president said they showed the world playing like a girl means playing like… Read more »

Save the person not the “boobies”

Congratulations, America, you’ve successfully sexualized breast cancer. Breast Cancer Awareness Month is something with such phenomenal intentions, the idea of raising money and awareness about something that affects so many lives and tears families apart and hurts so many is truly beautiful and inspiring. Until we made it about boobs, not the strength those struggling with cancer. If all you care about is someone being able to keep their breasts so you can further sexualize their body please exit now. Here is the biggest flaw in that: in a lot of cases, breast removal surgeries literally SAVE PEOPLE’S LIVES. In addition to that the “save the boobs” theme of breast cancer awareness excludes men who have breast cancer from the conversation and does nothing to raise awareness for them. America… Read more »

This past weekend model and artist Amber Rose hosted a SlutWalk in Los Angeles to speak out against slut shaming. There are a few key lessons we can all take from it, especially as members of the reproductive justice movement. But first, a brief history lesson. SlutWalk was established in 2011 after a police officer at a school in Toronto told people they should not “dress like sluts” to avoid getting raped or other forms of sexual harassment. This is problematic for many reasons, but here are two big ones: 1. Everyone has a right to their own body and their own choices. Whether it’s their right to a safe abortion or contraception or simply what they want to wear. There is no reason society should ever police someone’s body… Read more »

Yes, I Just Took a Tampon to the Bathroom. Get Over It. 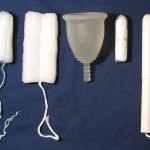 News flash everyone: periods are a natural part of a person’s body that, for the most part, they cannot really control. Periods happen every month, they are going to keep happening every month. Get over it. Every single time a period is brought up I notice men and women around me cringe and act so disgusted, and I do not understand it. Especially from people who say they want to have kids, menstruation is a sign of fertility and a natural part of someone’s body. So why does society shame people for something so natural? Like why will you watch an R rated movie filled with violence and blood and people’s insides spilling out of them but a period is so unbearable? Here is my biggest issue with period shaming:… Read more »

It’s Hispanic heritage month which means American public schools will most likely just spend a little bit of time talking about Cinco de Mayo and white-wash history. It means kids will continue to grow up in America not learning about the history of beautiful and diverse cultures all year round. It also means this is a great time to bring up the sexualization of Latina women and some of the really terrible things society calls us instead of just terms like “pretty” or “beautiful” that white women receive. So buckle up everyone because we need to have a serious talk about the ways society “compliments” Latina women. One of my least favorites: exotic, for many reasons. Just for a little bit of background, exotic is most commonly used to describe… Read more »