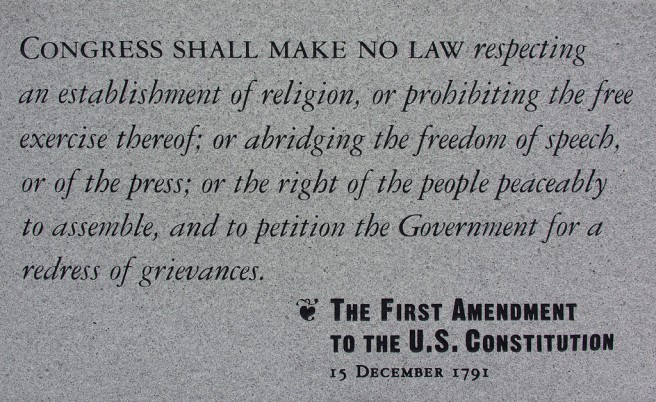 Lately I’ve been seeing various memes floating around Facebook, all basically saying the same thing, “Political Correctness is bad,”  “we can’t make jokes anymore because everyone gets offended,” “the good old days…,” etc. I’m here to say, all of that is complete bullshit.

Being “politically correct” is not a form of censorship. It is not a way of silencing people and opinions. It is about creating an open dialogue where people on BOTH sides of an issue feel comfortable speaking. Political correctness fosters respectful and potentially constructive conversations.

This issue isn’t just about words. It’s about the societal repercussions of these words. When you continually use terminology that was created to demean people,  those negative connotations still apply. The words carry that negativity, whether intentional or not, and that negativity gets cemented into our culture and the way that we think about others.

For example, purposely misgendering Caitlyn Jenner and calling her “Bruce” and a man, is not only just blatantly disrespectful, but gives the impression that discrediting and invalidating the identities of trans folk  is acceptable. On the other hand, if society instead shifts to politically correct terminology, and refers to her as “Caitlyn” and a woman, then we are instead treating her with the dignity she, and every trans man and woman, deserves. Our words carry weight.

Note: You don’t have to like Caitlyn Jenner, you can disagree with absolutely everything that she says, but call her Caitlyn.

Another aspect of political correctness is following the cliche “Say what you mean, and mean what you say.” By this, I mean avoiding words that invalidate other people’s experiences or that create stigmas. For instance, calling yourself “bipolar” when  you do not have Bipolar Disorder and are simply feeling moody, you are enhancing the stigma associated with the disorder. Or calling yourself “OCD” instead of “neat” or even a “clean freak” is problematic. (Obsessive Compulsive Disorder is SO much more than that).

As far as jokes go, I personally don’t think that hate and bigotry are funny. There are so many better and funnier things to joke about and make fun of. Besides, if you think you can’t be funny without being offensive, then you’re probably not all that funny to begin with.

Even comedy queen, Amy Poehler, mentions in her book Yes Please (which I’m totally loving, by the way) that she doesn’t like to do comedy that is mean. She says, “I have an inner barometer that has helped me get better at pinpointing what works for me and what feels too mean or too lazy. I like picking fair targets. I don’t like calling babies on websites ugly or comedy that relies on humiliation.”

Being politically correct isn’t about censorship, but it is about treating others with respect and becoming a better person.  It is about taking responsibility for our words and the repercussions that come from them.