Tomorrow, the Supreme Court will be hearing oral arguments for Obergefell v. Hodges, a pivotal case addressing same-sex marriage. In preparation for tomorrow’s oral arguments. I wanted to share some facts surrounding the case.  The case relates to the states of Ohio, Kentucky, Michigan, and Tennessee where same-sex couples have sued the state for refusing to recognize legal marriages in other states. Facts: Obergefell v. Hodges involves James Obergefell and John Arthur James from Ohio. John James Arthur was diagnosed with ALS in 2011 They were married in the state of Maryland on July 11, 2013. Same-sex marriage is illegal in Ohio, They wanted Obergefell to be named as James’ surviving spouse on his death certificate. The couple was issued a temporary  order to recognize their marriage on Arthur’s death… Read more »

Recently, I’ve noticed a rising trend in the use of dating apps on my campus. The most popular of these is Tinder, which seems to have many problems associated with its binary-only friendly structure. Although Tinder allows for its users to open their sexual preferences to both “men and women,” there are no ways for queer or non-binary people to identify as anything other than a man or woman. In the spirit of sex-positivity and gender equity, I’ve compiled a list of dating apps that are non-binary or have been created by women. Although these apps don’t seem to have nearly as many users as Tinder, they written about are far less and hopefully by spreading the word about their existence they will grow! Thurst is a brand new dating… Read more » 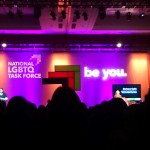 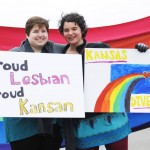