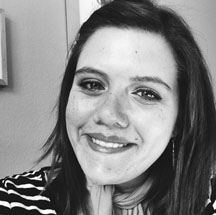 One of the greatest achievements of the reproductive justice movement is the considerable work that has been done to weave the injustices faced by poor women seeking an abortion and the police violence that black folks face together into a coherent critique of structural violence. Recognizing that marginalized communities must stand together when calling for the right to live a life free of violence and full of love is powerful. Despite this far-reaching agenda, considerable silence still surrounds our final phase of life. If the goal of the reproductive justice movement is life on our own terms, then we need to embrace the uncomfortable truth that death will always lurk on the other side. This means that the reproductive justice community must engage with the grim reality that just as… Read more »

If you were on the internet this week, you probably heard the Pentagon’s self-congratulatory announcement that women will be allowed to serve in all combat positions. According to the old, white cis-men who run the place, the new policy is an unprecedented expansion of women’s rights.  But, more women in the military is only a feminist victory if your understanding of feminism comes from the Sheryl Sandberg school of leaning in. Reading the coverage of the Pentagon’s announcement, you’d think that the self-righteous celebration of how great this is for equality would have feminists running to their nearest military recruitment center. Our new slogan: Sign me up! This worldview fits comfortably within the mandates of corporate feminism which contends that the end goal of feminism should be a legion of… Read more »

Faculty across twenty three California State University campuses voted on Wednesday, November 4, to authorize a strike if negotiations between their Union and the University system breaks down. This means over 20,000 members of the California Faculty Association concluded that if the Union and CSU cannot agree to the recommendations made by an independent fact-finding panel, faculty will go on strike in order to secure the 5% pay raise they’ve demanded. The CFA points to member’s comparatively low salary and the CSU’s increasing reliance on a two-tiered employment system as catalysts for the strike. In order to cut costs, the California Faculty Association argues, the CSU system has increasingly relied on the work of temporary, low-paid lecturers who often work alongside tenure track professors without the same assurance of job… Read more »

Last week, the UCLA chapter of Sigma Phi Epsilon made headlines hosting what they deemed a “Kanye Western” party in which partygoers showed up in black face wearing chunky gold chains and fake grills. When black student activists showed up to protest the party, they were mocked by party-goers and the validity of their concerns were questioned by the broader campus community. 100 miles to the South, the University of California San Diego chapter of AEPi was publicly reprimanded for creating an official chapter t-shirt that featured a scantily-clad woman serving bread emblazoned with the words “AEPi, Making Women Challah Since 1913”. And that’s just what happened within the last week on two UC campuses. These incidents are not confined to the University of California campuses, either. Earlier this year, the… Read more » 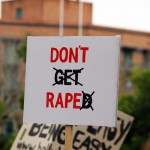